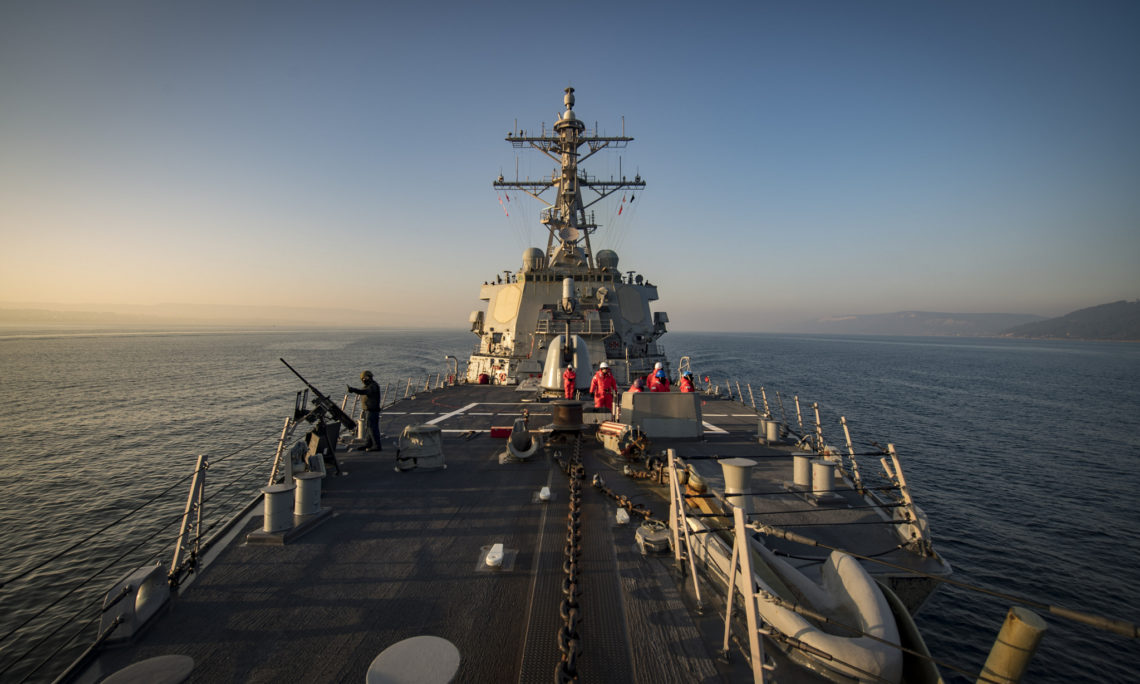 The ship last visited the Black Sea in January 2019, during which it visited Batumi, Georgia and conducted an exercise with two Georgian Coast Guard ships. During its time in port the ship’s crew was warmly received by their Georgian hosts and were greeted on the pier with an arrival ceremony that included a traditional Georgian dance.

“Each visit here affords us the unique opportunity to work with our regional maritime partners,” said Cmdr. Matthew Powel, commanding officer of Donald Cook. “The crew and I look forward to experiencing the rich history and culture in this region.”

The ship’s operations in the Black Sea will strengthen interoperability with NATO allies and partners and demonstrate collective resolve to Black Sea security under Operation Atlantic Resolve.

The U.S. Navy routinely operates in the Black Sea consistent with the Montreux Convention and international law.

U.S. 6th Fleet, headquartered in Naples, Italy, conducts the full spectrum of joint and naval operations, often in concert with allied, and interagency partners, in order to advance U.S. national interests and security and stability in Europe and Africa.