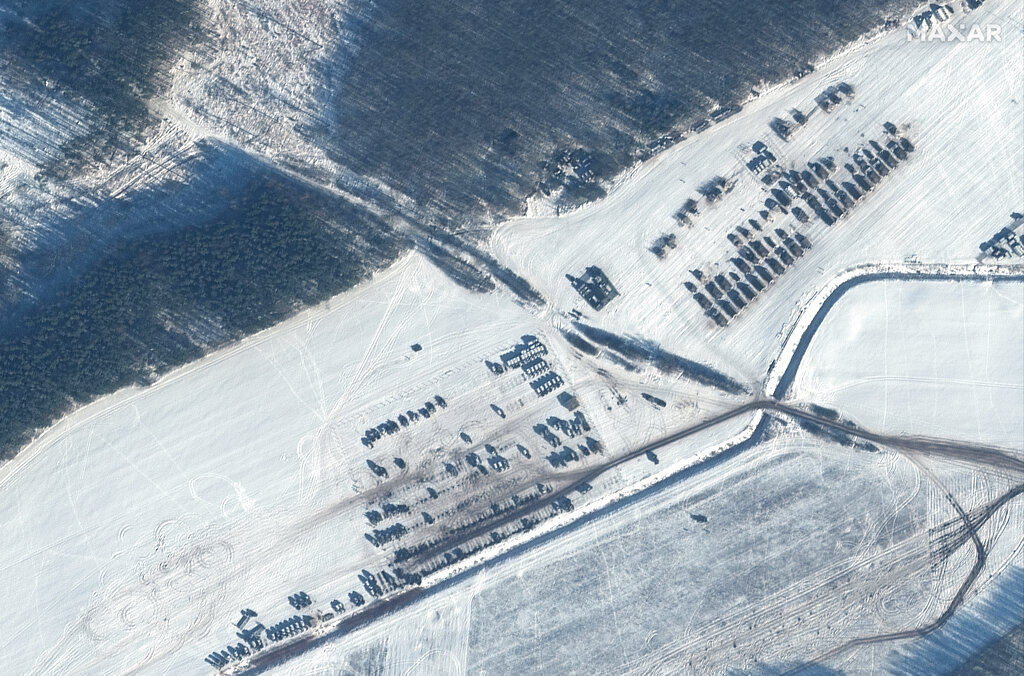 The United States welcomes the decision by Ukraine to call for this meeting. Ukraine is well within its rights under Chapter III, paragraph 16.2 of the Vienna Document to ask for detailed information on the goals of the Russian Federation’s large-scale and highly unusual military buildup on the borders of Ukraine, in Belarus, and in occupied Crimea.

Unfortunately and regrettably, though perhaps not surprisingly, the Russian Federation has absented itself today. Russia has not only refused to acknowledge Ukraine’s legitimate security concerns, but it has refused to even participate in one of the core pillars of the OSCE’s risk reduction regime. Indeed, Russia has characterized Ukraine’s invocation of the Vienna Document’s risk reduction measures, to which Russia has itself agreed, as “unacceptable” and a “provocation.” Imagine that. A request for information, filed in accordance with established procedures, is being characterized as a “provocation.” And yet we are somehow to believe that Russia’s unprecedented, massive military buildup in and around Ukraine, is not in the least bit “unusual” or “significant” at all. In other words, “there’s nothing at all to see here.”

In fact, in responding to Ukraine’s legitimate request for information, the Russian Federation went so far as to allege that Ukraine had amassed 120,000 Ukrainian troops near Donetsk and Luhansk “in preparation for an armed solution of an internal Ukrainian conflict.” This blatant falsehood, which is not reflected in any of the SMM’s excellent reporting on government-controlled territory, is rather obviously aimed at creating a pretext for military action. It not only demonstrates Russia’s blatant disregard for its risk reduction commitments under the Vienna Document, but it sets a dangerous precedent: instrumentalizing the Vienna Document to spread false narratives and potentially provide a false pretext for an attack.

Ukraine’s concern regarding Russian military activities and intentions today is unfortunately grounded in recent history. In 2014, Russia failed to provide detailed information about its unusual military activities on Ukraine’s border in response to Ukraine’s Vienna Document requests and similarly refused to attend meetings to clarify Ukraine’s concerns. And we all know what happened next. Russia invaded and occupied Ukrainian territory in defiance of the UN Charter and the Helsinki Final Act principles of sovereignty, territorial integrity, and the inviolability of borders. Why should we think Russia’s actions today are any different?

The United States, along with many other participating States represented today, is gravely concerned about the implications of Russia’s highly unusual military activities, and the distinct possibility of a further invasion of Ukraine. We categorically reject the assertions that the concerns Ukraine and the international community have raised are a cause rather than consequence of Russia’s escalation. As Secretary Blinken said, this is simply gaslighting.

At yesterday’s meeting, we emphasized how NATO Allies are committed to transparency regarding their military activities. But it bears repeating that NATO Allies and partners do provide comprehensive information on large military exercises. Cold Response, DEFENDER 21, and Saber Strike were all notified in accordance with Vienna Document procedures. And as I noted yesterday, both the Czech Republic and Lithuania voluntarily notified their below-threshold participation in Saber Strike. NATO Allies stand by their arms control and confidence-building commitments. Moscow should do the same and provide transparency regarding the forces it has deployed on Ukraine’s borders.

Were Russia here today we would ask a number of questions. As Russia is absent, we will nonetheless distribute these questions for the historical record.

A military build-up of this scale, with at least 90 to 95 Battalion Tactical Groups, cannot be denied or explained away on technicalities. The world is watching, and the facts are plain. We join with Ukraine in asking for the Russian Federation to provide:

— the locations of its operations

— the dates of completion of these unusual military activities

— the number and types of military formations and units; and

— the dates when these units will return to their permanent deployment locations.

The Belarusian Ministry of Defense has stated that Russian armed forces in Belarus will leave once their military exercises are completed. We note with concern that no mention was made of those forces’ destination when they leave Belarus.

The Russian Federation has complained about provocative exercises near sensitive border areas, but in fact, it is Russia that has for the second time in a year conducted an unannounced military buildup close to Ukraine’s borders. Can Russia explain this contradiction?

Our abiding concerns are not confined to the land domain. We note that under paragraph 40.2 of the Vienna Document, “the engagement of military forces in an amphibious landing, heliborne landing or parachute assault in the zone of application for CSBMs” qualify as a notification event when they involve 3,000 troops or more. Six amphibious ships have transited to the Black Sea, from the Northern and Baltic Fleets, joining the amphibious forces of the Black Sea fleet to participate in the exercises that effectively blocked most of Ukraine’s coastline. In combination, these vessels can carry well over 3,000 troops. In light of this concentration of amphibious forces, does Russia intend to conduct activity involving an amphibious landing? If so, why did Russia not notify an exercise? Given that these amphibious forces transited from the Baltic and the Arctic, this can hardly be a so-called “snap exercise.” But even if it were, it would have to be notified at the time of its commencement.

Mr. Chair, we reiterate our concerns about these unusual activities and ask our Russian colleagues to respond to these detailed questions, which we will circulate. If they chose not to, at a minimum, let this body take note of their silence.

Finally, Mr. Chair, we take note of the communication from representatives of the Russian Federation today claiming that Russia’s military units from the Southern and Western military districts “will return to their places of permanent deployment.” As always, we will look at what the Russian Federation does, and not merely at what it says. And, in any case, we deeply regret its decision to not attend this meeting and explain its activities in this forum.