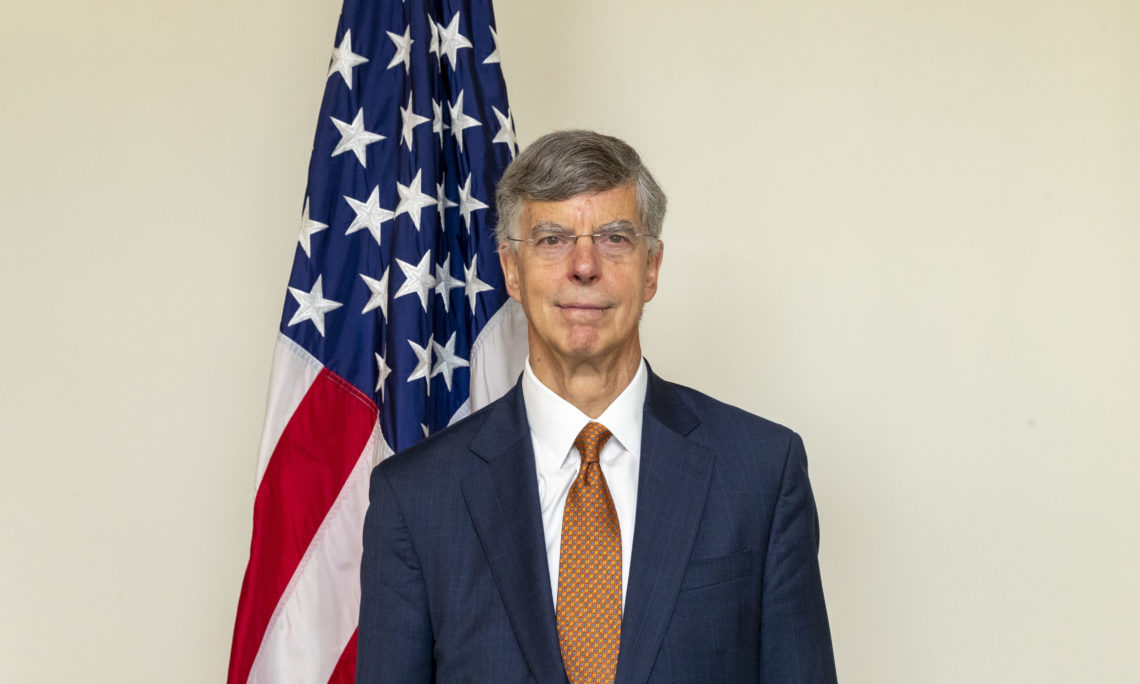 U.S. Embassy Kyiv is pleased to welcome Ambassador William B. Taylor back to Ukraine as Chargé d’Affaires a.i.  He will lead our team during this period of historic elections and transition.

Ambassador Taylor brings a wealth of diplomatic experience to our team during this important moment in U.S.-Ukraine relations.  He served as U.S. Ambassador to Ukraine from 2006 to 2009 and has also served as the State Department’s special coordinator for Middle East Transitions, the U.S. representative to the Mideast Quartet, and in other diplomatic roles.  His full bio can be found at https://ua.usembassy.gov/. Most recently, he was executive vice president at the U.S. Institute of Peace.

“I look forward to leading the U.S. Embassy team in building strong working relationships with President Zelenskyy and his team, other Ukrainian officials and political forces, and in maintaining our strong partnerships with civil society organizations and the Ukrainian people,” Ambassador Taylor said.  “The United States remains deeply committed to the success of a stable, prosperous, democratic and free Ukraine, and we continue to stand in support of Ukraine’s sovereignty and territorial integrity.”

Kristina Kvien, who has been leading our Embassy recently as Chargé d’Affaires, will resume her assignment as Deputy Chief of Mission.