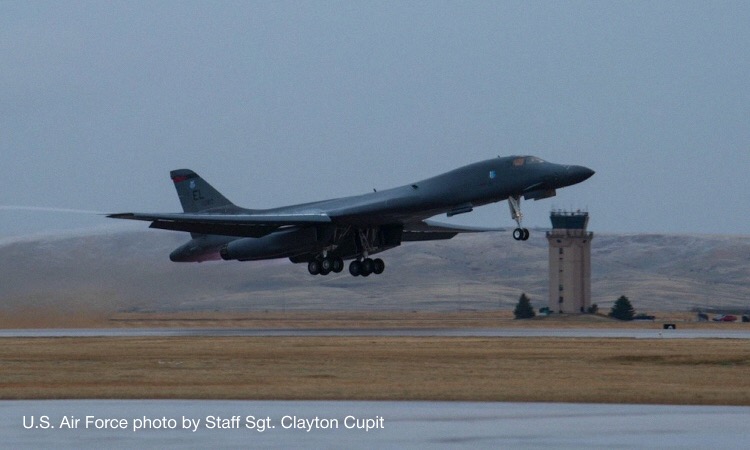 This military operation was a part of USEUCOM’s recurring and highvisibility Bomber Task Force (BTF) missions.

“U.S. security commitments to the NATO Alliance remain ironclad,” said U.S. Air Force Maj. Gen. Lance Landrum, USEUCOM’s director of operations. “Today’s bomber task force mission is another in a long list of examples of how America’s military forces sustain readiness, improve interoperability and demonstrate our nation’s ability to deliver on commitments from across the Atlantic.”

The single-day mission of the supersonic heavy bombers took the aircraft and crews nearly 12,000 nautical miles during the roundtrip operation. Launching from America’s Midwest, this B-1 bomber mission in the Aegean Sea demonstrated to Ally and partner nations alike that the U.S. remains steadfast in its commitment to European security. The bombers were escorted by two Aviano, Italy-based U.S. F-16 fighter jets once the bombers arrived into Europe before flying over the Aegean Sea.

About USEUCOM
U.S. European Command (USEUCOM) is responsible for U.S. military operations across Europe, portions of Asia and the Middle East, the Arctic and Atlantic Ocean. USEUCOM is comprised of more than 64,000 military and civilian personnel and works closely with NATO Allies and partners. The command is one of two U.S. forward-deployed geographic combatant commands headquartered in Stuttgart, Germany. For more information about USEUCOM, visit https://www.eucom.mil.