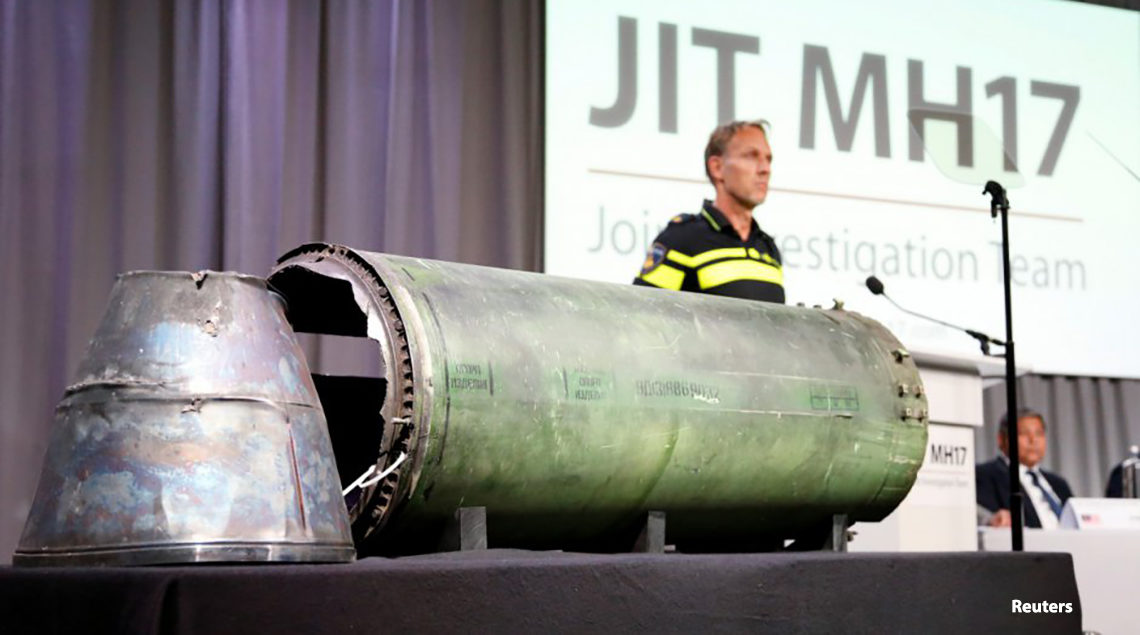 U.S. DEPARTMENT OF STATE
Office of the Spokesperson
For Immediate Release
STATEMENT BY HEATHER NAUERT, SPOKESPERSON
May 24, 2018

The United States has complete confidence in the findings of the Joint Investigation Team (JIT) as presented today by the Dutch Public Prosecutor: the missile launcher used to shoot down Malaysia Airlines Flight MH17 originated from the 53rd Anti-aircraft Brigade of the Russian Federation, stationed in Kursk.

Today’s announcement confirms and adds detail to what we have said from the earliest days of this tragedy: MH17 was shot down by a Russian-made BUK surface-to-air missile fired from territory in eastern Ukraine controlled by Russia and Russia-led forces.

We recall the UN Security Council’s demand that “those responsible … be held to account and that all States cooperate fully with efforts to establish accountability.”  We call upon Russia, in particular, to respect and adhere to UN Security Council Resolution 2166 (2014). It is time for Russia to cease its lies and account for its role in the shoot down.

We remain confident in the ability of the Dutch criminal justice system to prosecute those responsible in a manner that is fair and just.

We again extend our deepest sympathies to the families and friends of the victims and call for justice on behalf of the 298 innocent civilians who lost their lives on that day.