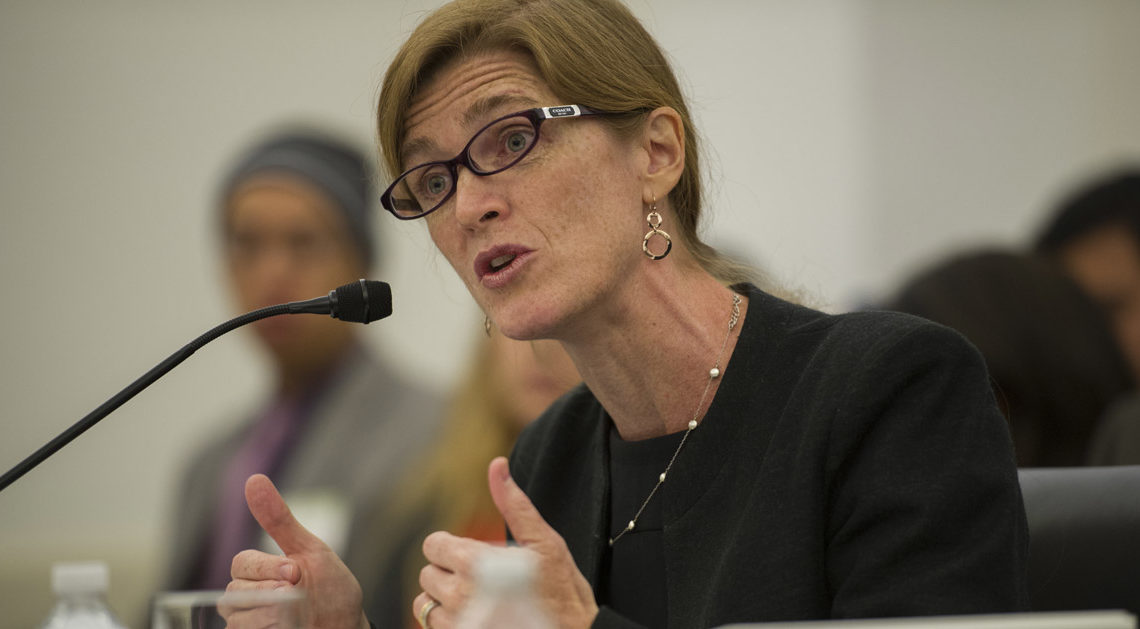 WASHINGTON, DC - APRIL 2, 2014: U.S. Ambassador to the United Nations Samantha Power fields questions from members of Congress as she testifies before a House Appropriations Committee: Subcommittee, on State, Foreign Operations and Related Programs at the U.S. Capitol, April 2, 2014, in Washington,

Statement by Ambassador Samantha Power, U.S. Permanent Representative to the United Nations, on the Interim Findings of the Joint Investigation Team’s Criminal Investigation into the Shoot Down of Malaysia Airlines Flight MH-17

It has been more than two years since Malaysia Airlines Flight MH-17 was shot down over eastern Ukraine, killing all 298 civilians on board, scores of whom were children. Two years of immeasurable grief for the families of the passengers. And two years with no justice for the victims.

Unsurprisingly, the Russian Federation sought to discredit the preliminary findings even before they were released – calling into question the quality of the investigation, and peddling conspiracy theories that have long since been thoroughly debunked by the rigorous research reflected in the interim findings. This behavior fits with Russia’s attempts to obfuscate its arming, training, and fighting alongside separatists in eastern Ukraine.

Investigators have said their next step will be to identify suspects involved in this crime, in preparation for seeking criminal indictments. We fully support this step. Those responsible for carrying out and ordering this attack must be held accountable. The loved ones of the victims, the eleven nations from which they came, and the international community all demand it.

Four days after MH-17 was shot down, members of the Security Council, including Russia, unanimously adopted Resolution 2166, which expressed its support for efforts to establish an independent international investigation and demanded that all states cooperate fully with efforts to establish accountability. We continue to support the full implementation of Resolution 2166, and we call on the Russian Federation to do the same.