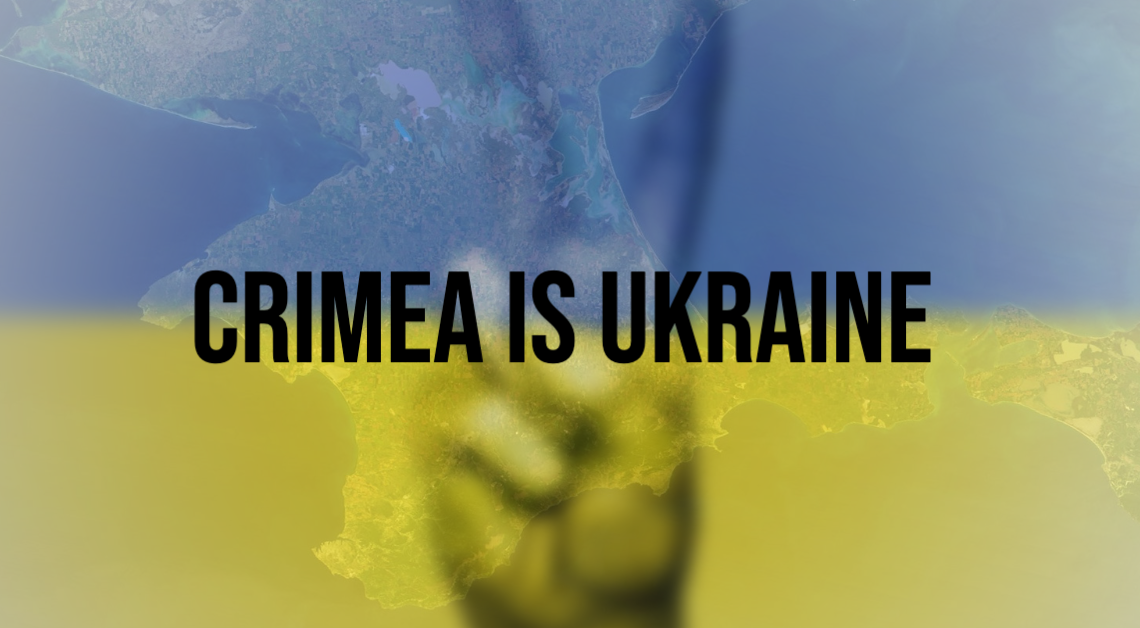 Seven Years of Illegal Occupation of the Autonomous Republic of Crimea and the City of Sevastopol by the Russian Federation
As delivered by Chargé d’Affaires Courtney Austrian
to the Permanent Council, Vienna
March 4, 2021

Seven years ago, after protests in Kyiv brought an end to the corrupt Yanukovych regime, Moscow inflicted revenge upon Ukraine for its decision to chart a path toward the European Union and the trans-Atlantic community.  On February 20, 2014, Russia’s “little green men,” Special Operations Forces with their insignia removed, armed with Russian weaponry and carrying military-grade communications equipment—took over Ukraine’s Crimean peninsula.  A week later, they seized the Crimean Parliament.

Thus, began Russia’s seven year campaign to destabilize Ukraine and thwart its aspirations for democratic development and closer ties to Europe though the Kremlin’s purported annexation of Crimea and a bloody conflict in eastern Ukraine.

In March 2014, to lend a veneer of legitimacy to its occupation—in violation of international law and in contempt of Russia’s commitments as an OSCE participating State – Moscow orchestrated a sham referendum in Crimea.

In the intervening years, Russia installed a repressive regime targeting Crimean Tatars, ethnic Ukrainians, and all those who oppose the occupation.  The Crimean Tatar people faced the worst of Russia’s repression.  They endure an endless stream of raids on mosques, homes, and workplaces.  Their community leaders are banished from the peninsula, their media outlets shuttered, and their peaceful self-governing bodies criminalized as “extremist organizations.”  There has been no justice for the approximately one dozen Crimean Tatars who disappeared in the early days of the occupation, nor for the dozens of others who have been tortured or otherwise abused by Russia’s Security Services.  Hundreds of Crimean children are growing up without their fathers, who are falsely labeled “extremists” and “terrorists” and unjustly held in Russian prisons for their peaceful opposition to the occupation.

Russia’s oppression is not limited to the Tatars.  Journalists and bloggers, Jehovah’s Witnesses, ethnic Ukrainians, and many others fear any form of expression will be interpreted by the occupation authorities as dissent, costing them their liberty or even their life.

Occupation authorities have conscripted nearly 28,000 Crimean residents into the Russian Armed Forces.  Many of these Ukrainian citizens have reportedly been assigned to units connected to the Russia-led conflict in eastern Ukraine.  Russia’s actions in Crimea and ongoing aggression in Ukraine are a threat to European security and undermine the principles enshrined by the OSCE and the United Nations, namely that no country can change the borders of another by force.

Rather than abide by international norms, Russia has engaged in a concerning military buildup in Crimea, including moving nuclear-capable aircraft and missiles, weapons, and ammunition onto the peninsula.  It has increased its military presence in the Black Sea, the Sea of Azov, and the Kerch Strait.  Russia’s forces harass commercial shipping and mount other provocations, for example the attack on the Ukrainian Navy, seizure of three Ukrainian vessels, and detention of 24 Ukrainian servicemembers.  In a December 2020 resolution, the UN General Assembly condemned the militarization of Crimea and called for Russia, as the occupying power in Crimea, to withdraw its forces from the peninsula and end its occupation of Ukrainian territory.  Today, we reiterate the UN’s call for Russia to end its occupation of Crimea and withdraw its forces from Ukraine.

The position of the United States is clear: Crimea is Ukraine.  We strongly reaffirm our support for Ukraine’s sovereignty, independence, and territorial integrity within its internationally recognized borders, including its territorial waters.

Just as we stood by Estonia, Latvia, and Lithuania during the dark decades of Soviet despotism, so, too, do we stand unwaveringly by Ukraine, and we reject Russia’s purported annexation of Crimea

Russia must end its oppressive occupation of Crimea and release all Ukrainian political prisoners.  We call for international monitors, including the Special Monitoring Mission, to have full and unhindered access to the entire territory of Ukraine, which includes Crimea.

We do not, nor will we ever, recognize Russia’s purported annexation of Crimea.  The Crimea-related sanctions will remain in place until Russia returns full control of the peninsula to Ukraine.