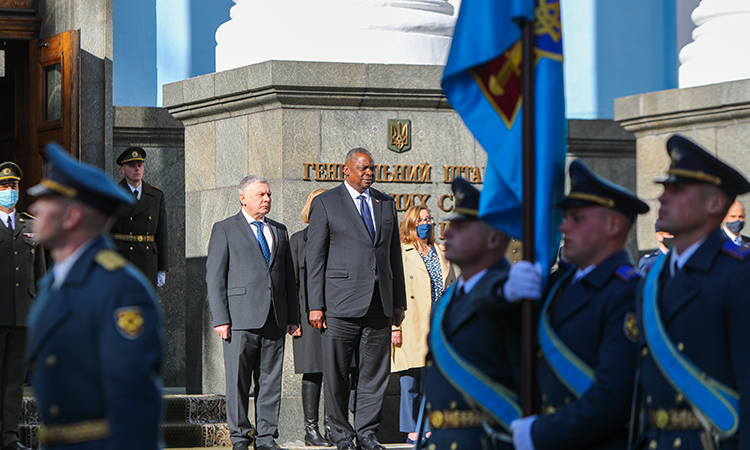 The leaders discussed a range of security issues, including Russia’s destabilizing actions in eastern Ukraine and in occupied Crimea as well as the malign influence of China in the region.