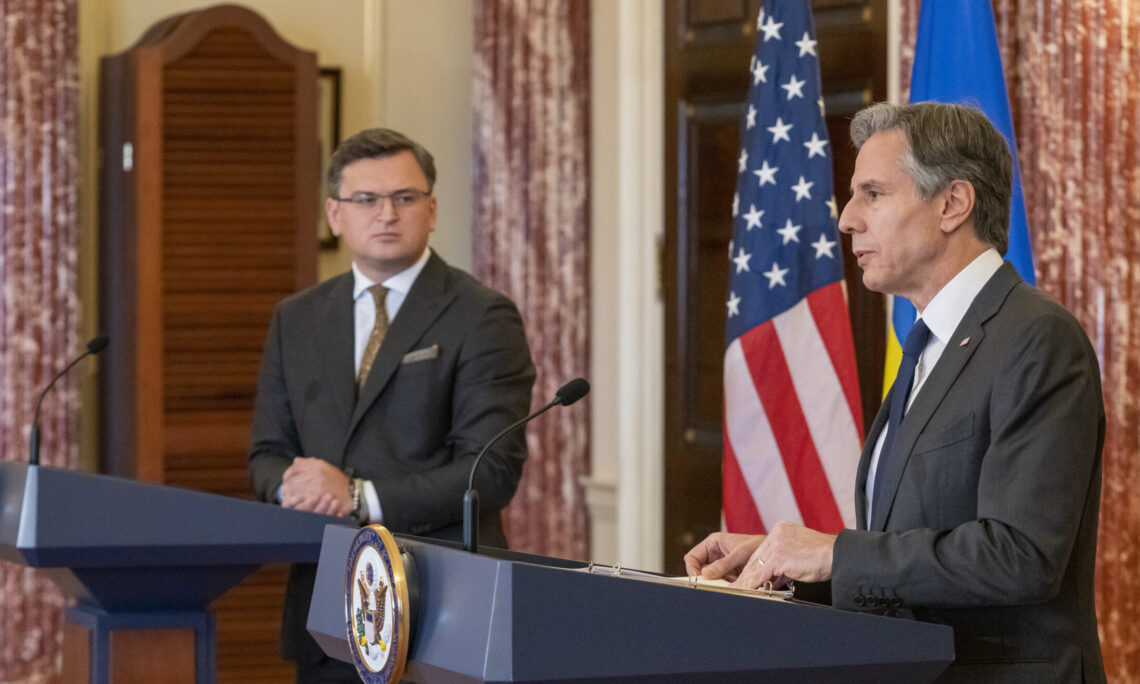 READOUT
OFFICE OF THE SPOKESPERSON
FEBRUARY 21, 2022

Secretary of State Antony J. Blinken spoke today by phone with Ukrainian Foreign Minister Dmytro Kuleba to reaffirm unwavering U.S. support for Ukraine.  The Secretary noted our swift response to Russia’s decision to recognize the purported “independence” of the so-called republics controlled by Russian proxy authorities in eastern Ukraine.  They discussed the strong measures we announced today in response and reiterated that additional steps would be forthcoming.  The Secretary added that he looked forward to seeing the Foreign Minister in-person tomorrow in Washington D.C., where they would continue to discuss these issues.