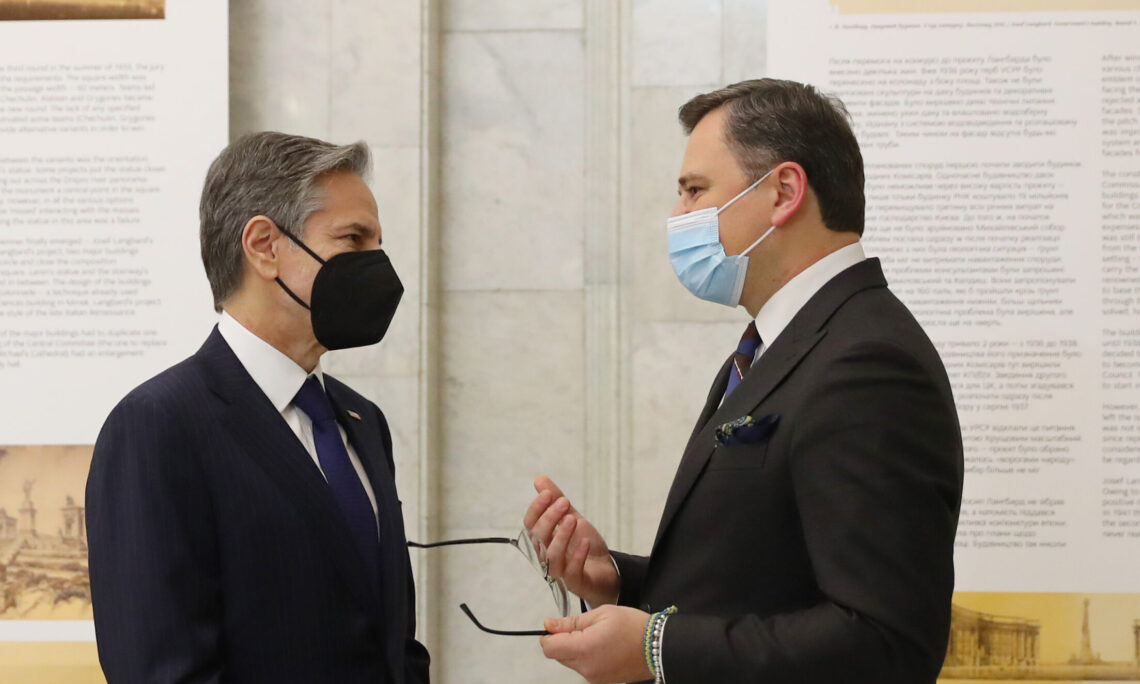 READOUT
OFFICE OF THE SPOKESPERSON
FEBRUARY 4, 2022

Secretary of State Antony J. Blinken spoke today by phone with Ukrainian Foreign Minister Dmytro Kuleba. They discussed Russia’s military buildup along Ukraine’s borders and steps Ukraine and the United States are taking to encourage Russia to pursue diplomacy over war and ensure security and stability. The Secretary shared with the Foreign Minister his recent engagement with Russian counterparts, which affirmed readiness to address mutual security concerns, the United States’ unwavering support for Ukraine’s sovereignty and territorial integrity, and made clear U.S. willingness, alongside our Allies and partners, to impose swift and severe consequences on Russia if it chooses to escalate.