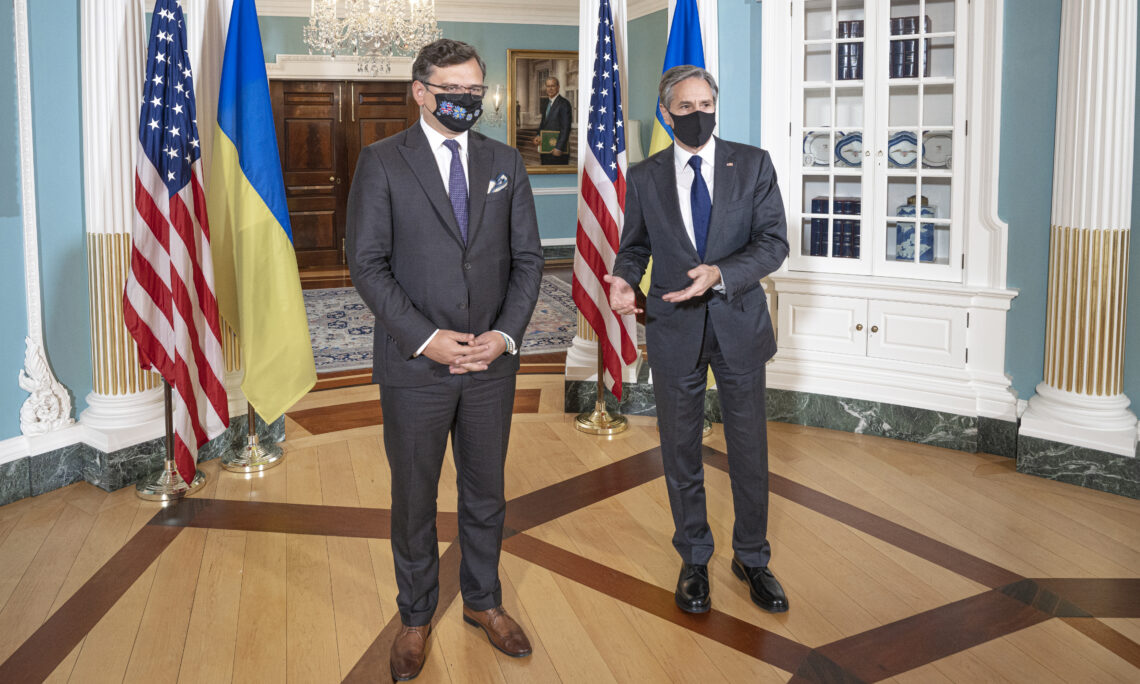 SECRETARY BLINKEN:  Good afternoon, everyone.  It’s a real pleasure to have Foreign Minister Kuleba and his delegation here at the State Department.  The minister and I have been working very closely together over the last six months since we’ve come to office, and in particular, we’re very much looking forward, President Biden’s very much looking forward to a meeting with President Zelenskyy at the end of the month.  So we’re going to spend some time, I think, preparing for that meeting.

And of course, we have a lot of ongoing work to do.  The United States is very much committed to Ukraine’s independence and sovereignty, its territorial integrity.  We’ll talk about challenges to each of those and the work that we’re doing together to stand for a strong Ukraine that can defend itself against external aggression but also pursue the vitally important process of reform to strengthen even more its democracy and its economy.  And we’ll compare notes on a number of other regional challenges where we’re both together, very much focused.

So Dmytro, it’s great to have you here.  I look forward to getting some work done.  Welcome.

FOREIGN MINISTER KULEBA:  Thank you.  It’s my pleasure and honor to be here today and to see my colleague and friend, Tony Blinken, who has been very open and very friendly since the very first days of his appointment as Secretary of State.  The United States acted firmly when Russia resorted to escalation along our border and in the occupied territories of Ukraine just a couple of months ago.  And since then, we have a very dynamic dialogue with the Biden administration.

I came here, as Tony rightly pointed out, to prepare the visit of my president to Washington.  We want this visit to be productive, to have many deliverables which will bring our relations to the next level.  We believe it’s in the interest not only of the United States of America and Ukraine, but also in the interests of the region that I represent, where democracy has to be advanced with prosperity, has to be promoted, and where, first and foremost, security has to be ensured.

Ukraine is a stronghold of democracy in Central Eastern Europe, and we want to work closely with the United States to make the entire region a success story.