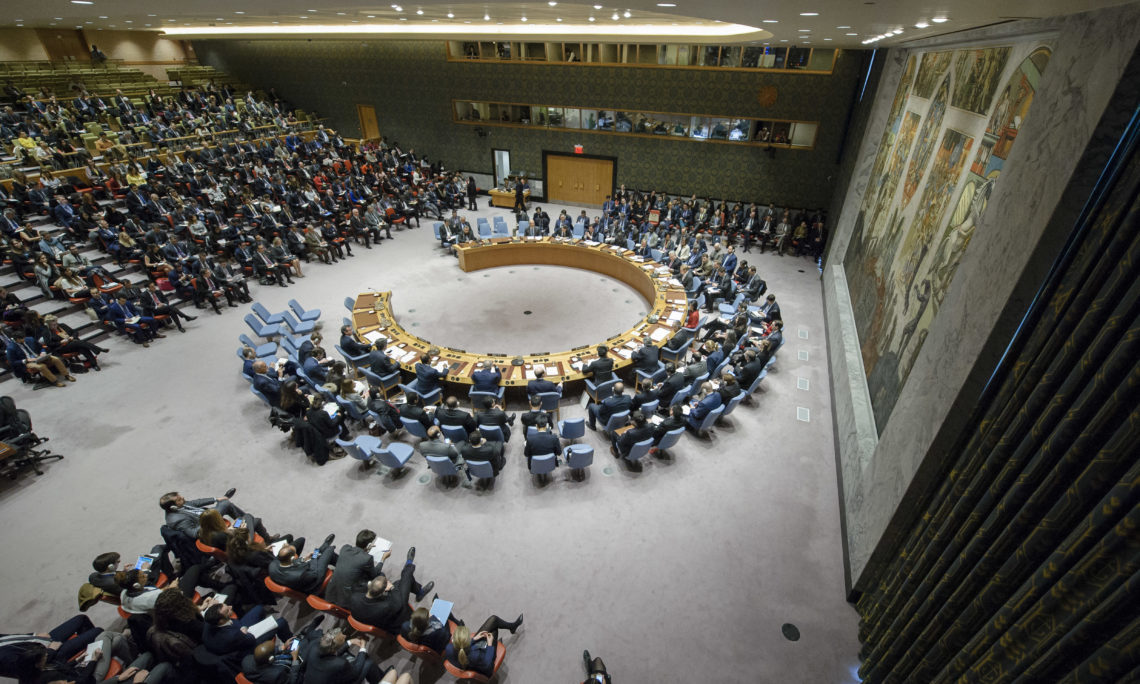 It was interesting to hear of the talk from my Russian colleague about the independent investigations and the importance of them, because this entire Security Council decided on what the Joint Investigative Mechanism would be and decided what it would do, and it was actually voted on unanimously. And the joint mechanism came back and said that the Syrian government committed chemical weapons acts against their own people three different times. But somehow now we don’t like what the Joint Investigative Mechanism does.

Having said that, I will say in the life of the United Nations, there are times when we are compelled to do more than just talk. There are times we are compelled to take collective action. This Security Council thinks of itself as a defender of peace, security, and human rights. We will not deserve that description if we do not rise to action today.

Yesterday morning, we awoke to pictures, to children foaming at the mouth, suffering convulsions, being carried in the arms of desperate parents. We saw rows of lifeless bodies. Some still in diapers. Some with the visible scars of a chemical weapons attack.

Evidence reported from the scene indicates that Assad is now using even more lethal chemical agents than he did before. The gas that fell out of the sky yesterday was more deadly, leaving men, women, the elderly, and children, gasping for their very last breath.

And as first responders, doctors, and nurses rushed to help the victims, a second round of bombs rained down. They died in the same slow, horrendous manner as the civilians they were trying to save.

We all also know this: Just a few weeks ago, this Council attempted to hold Assad accountable for suffocating his own people to death with toxic chemicals. Russia stood in the way of this accountability. They made an unconscionable choice. They chose to close their eyes to the barbarity. They defied the conscience of the world. Russia cannot escape responsibility for this. In fact, if Russia had been fulfilling its responsibility, there would not even be any chemical weapons left for the Syrian regime to use.

There is one more thing we know: We know that if nothing is done, these attacks will continue.

Assad has no incentive to stop using chemical weapons as long as Russia continues to protect his regime from consequences. I implore my colleagues to take a hard look at their words in this Council. We regularly repeat tired talking points in support of a peace process that is regularly undermined by the Assad regime.

There is an obvious truth here that must be spoken. The truth is that Assad, Russia, and Iran have no interest in peace.

The illegitimate Syrian government, led by a man with no conscience, has committed untold atrocities against his people for more than six years. Assad has made it clear that he doesn’t want to take part in a meaningful political process. Iran has reinforced Assad’s military, and Russia has shielded Assad from UN sanctions.

The United States sees yesterday’s attack as a disgrace at the highest level, an assurance that humanity means nothing to the Syrian government.

If we are not prepared to act, then this Council will keep meeting, month after month, to express outrage at the continuing use of chemical weapons, and it will not end. We will see more conflict in Syria. We will see more pictures that we can never un-see.

For the sake of the victims, I hope the rest of the Council is finally willing to do the same. The world needs to see the use of chemical weapons and the fact that they will not be tolerated.