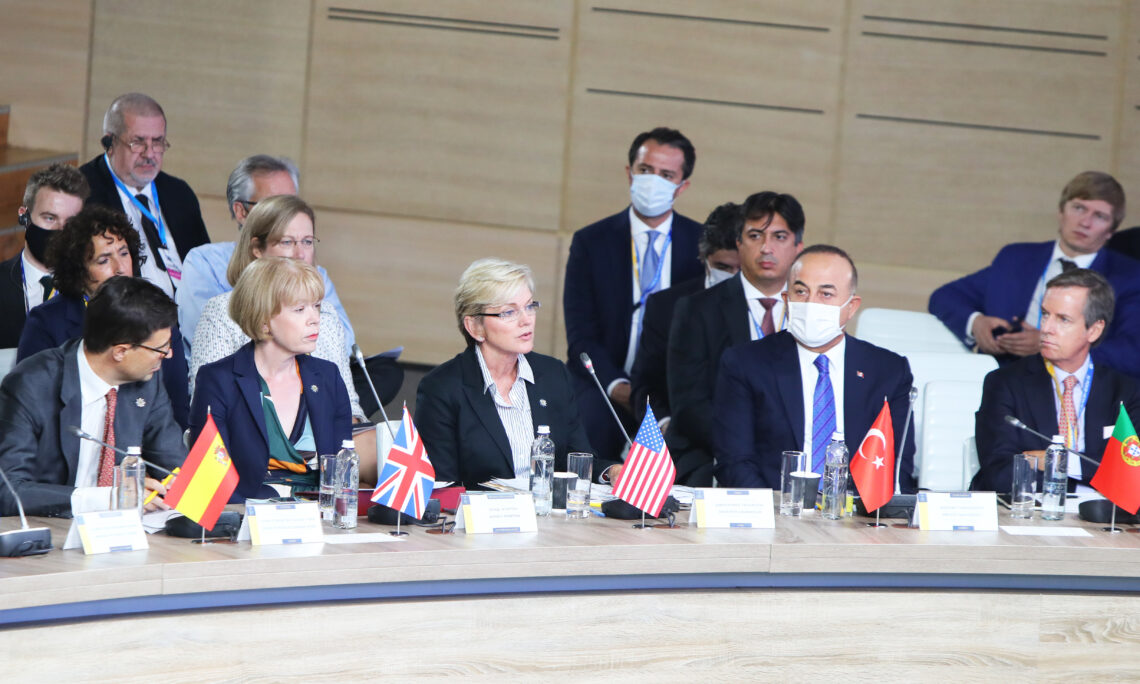 Thank you. Mr. President, the United States of America is proud to be here to participate in and support the Crimea Platform. Let me be clear – we stand with Ukraine and with all you in condemning the illegal annexation of Crimea.

We’re here on your 30th anniversary.

The United States is proud to have stood with Ukraine throughout these three decades, and our partnership will be solidified even further next week when our two presidents meet in Washington D.C.

On behalf of President Biden, I want to reaffirm our support for Ukraine in its efforts to advance reforms, to achieve it’s Euro-Atlantic aspirations, and to deliver a better future for all Ukrainians, and that includes your fight against corruption and your broader fight against Russian aggression.

I also want to affirm and reinforce that our support will remain concrete and substantial. We have provided some $4.9 billion in security and development assistance to Ukraine since 2014 alone.

This support will certainly continue, as will security assistance for Ukraine’s Armed Forces—including lethal defensive weapons that Ukraine needs to defend itself against Russia’s aggression.

At the same time, we will continue our diplomatic efforts with allies and partners to end the conflict in eastern Ukraine. We will keep sanctions on Russia in place until Russia ends its occupation of Crimea and its aggression in eastern Ukraine.

We will continue to reiterate that Russia must uphold its commitments under the Minsk agreements and work in good faith to end the conflict.

And we will continue to support the Crimea Platform, keeping true to our long-held view that Crimea is Ukraine, will always be Ukraine… and that Russia must be held accountable for its aggression.