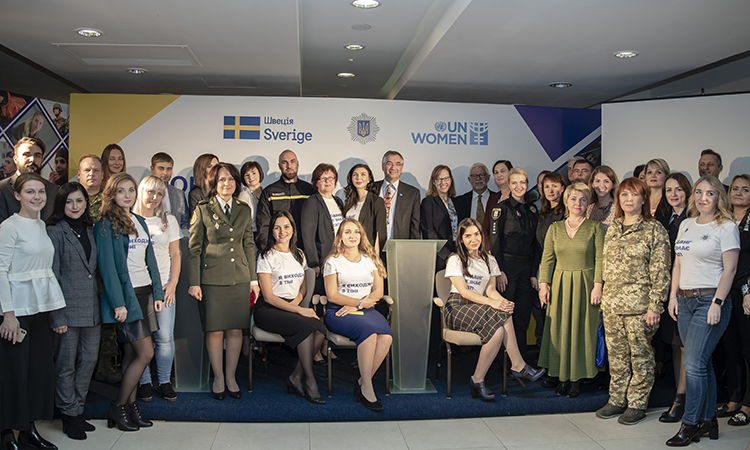 Good morning everybody. It’s a great pleasure and honor to be here today among so many impressive women and men here in this event.

First of all, I’d just like to say I’ve been here in Ukraine for a little over four months, and just in the time I’ve been here, I have met so many impressive women in all walks of life, but particularly in government — both local governments, in federal government — and I have met many women who have just recently come into the new government who have impressed me a lot.  So, a few of you are in the audience today, and I’d just like to say that I’m very encouraged to see so many impressive women coming into important positions in Ukraine.

I can also say, from my perspective in the United States, we, too, try our best to have women in important positions.  My own background, with our foreign ministry, our Department of State – you know, the Department of State in the United States was not always very opening to women.  Diplomacy is an area that I think was considered a job and a position for men more than women.  Women in the State Department, like me, until 1970 had to resign from the Department if they got married.  So we too have come a long way, I think, and now in my own State Department there are just about 50 percent women, 50 percent men, who work there. So I feel like we’ve made a lot of progress, although I’ll add, perhaps, that women ambassadors are still quite a bit fewer than male ambassadors.  So we still have some work to do, but we’re working on it.

I just want to say that the U.S. Embassy here in Kyiv works a lot on women’s issues and women’s empowerment, and we hope to be able to continue to work with the Ukrainian government to make progress, both here in Ukraine and to continue progress in the United States.

I’ll just finish by saying my sincere congratulations on upcoming Ukrainian Defender’s Day.   And thank you, Deputy Minister, for the opportunity to be here.