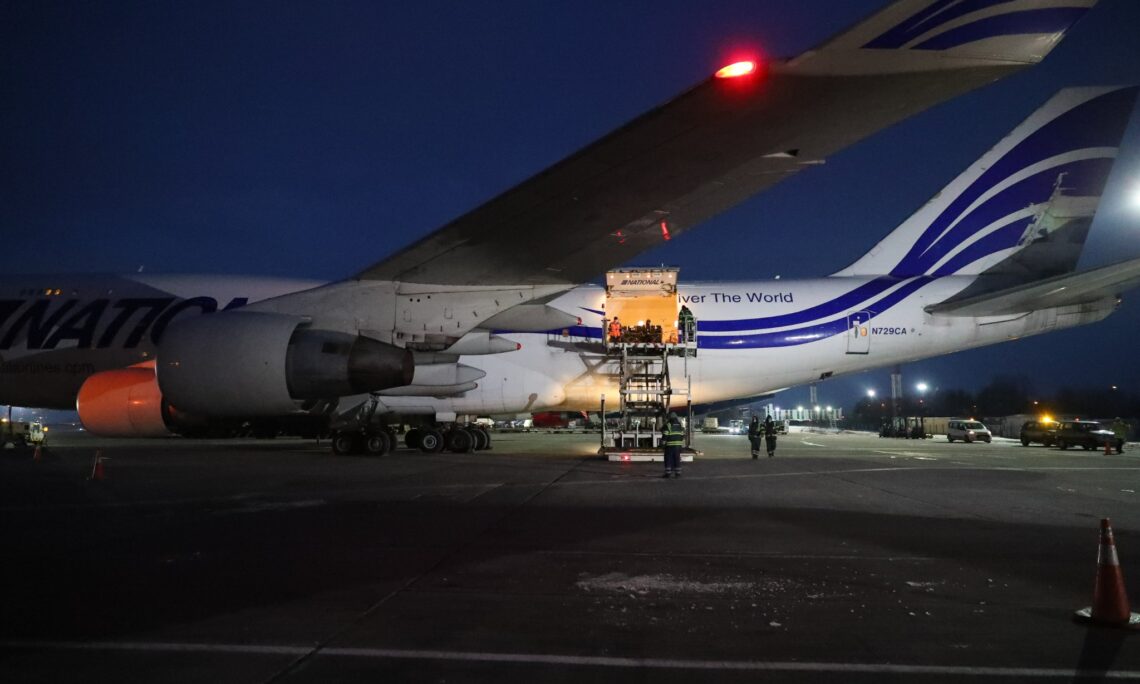 Thank you so much for joining us and for braving the cold to come today to see what it is that we are talking about.

Our message is clear. The United States stand with Ukraine, our Allies and partners. And we are working together to expedite security assistance in support of Ukraine’s sovereign right to self-defense.

As I said many times, we’re committed to Ukraine’s sovereignty and territorial integrity.

In addition to our support to Ukraine, I wanted to reiterate the words of President Biden and further consequences if Russia makes further incursions into Ukraine.

If any Russian military forces move across the Ukrainian border, that’s an invasion, and will be met with swift, severe, and a united response both from the United States and from our Allies.

Let’s make no mistake about it. If Russia decides to come into Ukraine, it will be a disaster for Russia.

Over the two and a half years I’ve been here in Ukraine, I visited military forces, also Border Guards and National Guards all over the country. I can tell you from my first-hand experience, they are disciplined, they are well-equipped and they’re ready.

And let me underscore that Russian soldiers sent to Ukraine on the behest of Kremlin will face fierce resistance.

The losses to Russia will be heavy.

If President Putin decides to make this reckless choice, we will provide additional defensive materiel to the Ukrainians, above and beyond what we’ve already sent.

Of course, our preference is diplomacy.

And perhaps I’ll just also raise, since we have quite a few press here, that I think we all know Russia’s playbook.

There are cyberattacks, there are attempts to sow discord, their use of false flag operations – all of those are things that Russia uses.

And we all need to be on our guard to watch for those and to make sure that we know the facts before we report incidents in Ukraine.

Let’s not let Russia use a false flag operation to start an attack on Ukraine.

Through all of the noise and everything else we’re hearing, I just want to reiterate that the United States stands behind Ukraine, we will work to help them defend their territory, their sovereignty and territorial integrity.

The path of diplomacy and dialogue is the preferred path.

But whatever path Russia takes, we will be ready to help defend Ukraine.