Home Початок | News & Events | Remarks by Chargé d’Affaires a.i. William Taylor at the Launch of the Office of the Prosecutor General 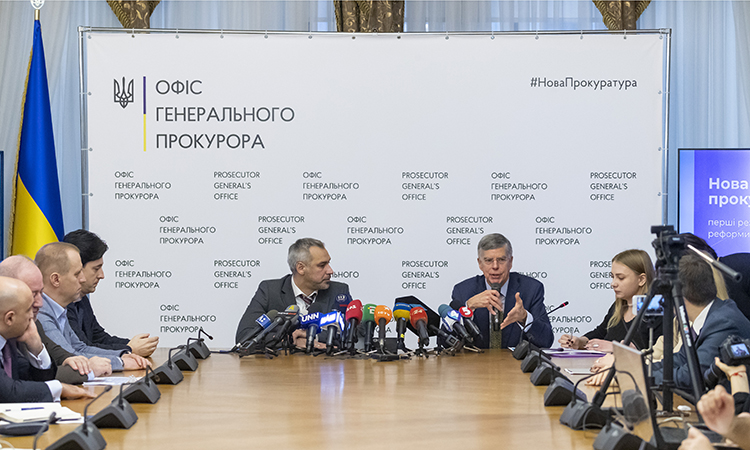 Prosecutor General, thank you very much for the opportunity to be here.

It’s a great honor for me and us to be here to see this major reform that you have undertaken. And it’s not just a major reform, it is the major reform; it is the most — the broadest, deepest, widest, most comprehensive reform of an institution that I’ve been able to observe, and I think you made the same point.

The re-attestation of all of your prosecutors in the headquarters, the first step towards the full attestation for all of the prosecutors, is a major step forward in terms of building confidence in the system of the rule of law here in Ukraine.

That confidence of the people of Ukraine is the most important. But it’s also a broad confidence in your leadership and in the integrity of this office.

As you have indicated, the next year is the hard part. It’s not just hiring many new prosecutors and having a test for those new prosecutors to achieve the same standards as the existing prosecutors who passed that test. But it’s also rolling out this reform to the rest of the country, both at the regional and the local level.

So, as you’ve indicated, the Prosecutor General, the United States Embassy and its team here have been very pleased to be able to partner with you. It’s been our honor to work with you and your team. It’s a very professional team you’ve assembled.

And let me just finish with again congratulating you on the major reform that this administration has undertaken.  Congratulations.