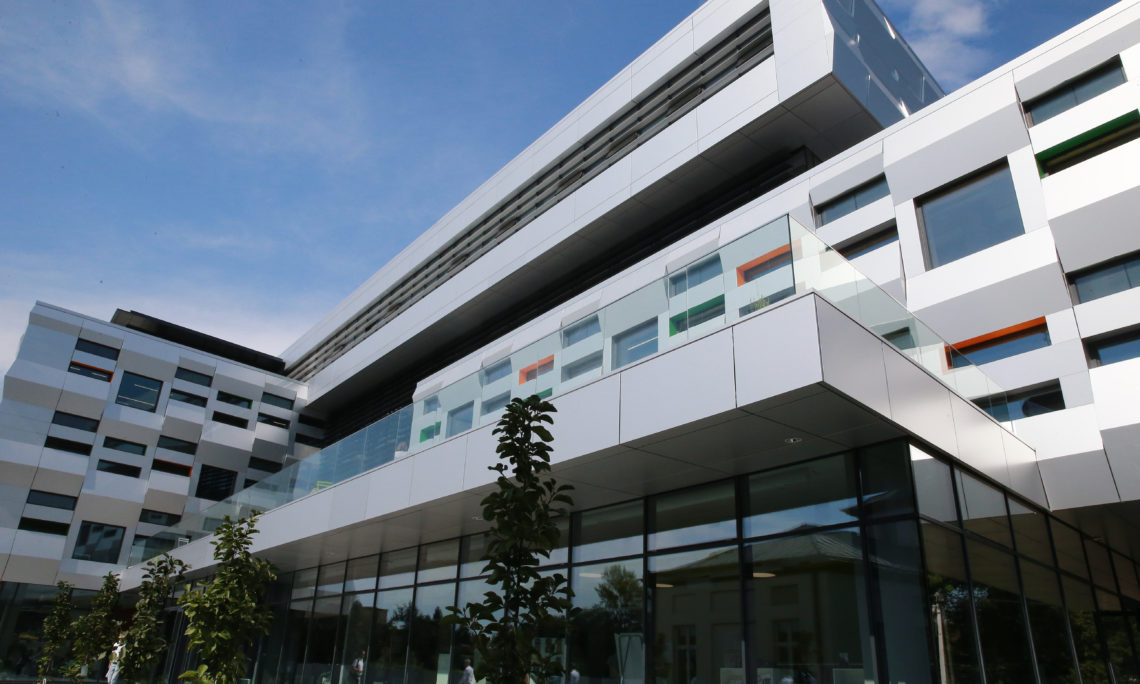 I am very pleased to be here at this event, to be able to have this conversation with such a wide range of friends of UCU.

Thank you very much for the invitation to speak here tonight.  It’s an honor for me — having been to Lviv and to UCU earlier — and to go back out there again is a great one.

As you said, I had the great honor to be the United States Ambassador here in Ukraine from 2006 to 2009, and it is another great honor – an even greater honor – to be back.

So it’s been 10 years since I left, although I’ve been back regularly several times a year since then. But the changes over 10 years have been remarkable.

The Ukrainian Catholic University is just one example of that evolution and of those changes.

When I first came to Ukraine in 2006, UCU’s educational program had just earned accreditation from the Ministry of Education, and the university had just broken ground on its first major construction project on its new campus.

Since then, UCU has greatly expanded its academic programs, added five modern buildings, cultivated strong international partnerships, and become one of the universities of choice for many of Ukraine’s most talented high school graduates.  Your students and faculty are helping usher Ukraine into the family of Euro-Atlantic democracies.

Catholic University’s activities in Ukraine parallel and reinforce a lot of what the United States is doing here with Ukraine.

International partnerships is a good example.  UCU has always enjoyed close ties with the Ukrainian diaspora in North America, and the university’s current level of internationalization goes even beyond those diaspora networks.  I was very pleased to learn UCU now has formal partnership agreements with 56 academic institutions around the world.

University partnerships stimulate creativity and innovation that benefit everyone involved.  For example, UCU professor Nataliya Kovalchuk — who is right here, thank you, Natalya — took advantage of her [Hubert H. Humphrey Program] fellowship at Penn State University that brought together Ukrainian and American students in a virtual classroom.

Dr. Kovalchuk’s experience abroad is just one example of faculty mobility.  Four professors from UCU’s Humanities Department have taught in the United States through the U.S. government’s Fulbright Program.

I’m very proud to report that in September, two U.S. Fulbright scholars will join UCU’s faculty for the 2019–2020 academic year.  One of them, University of Virginia professor Ryan Wolfe, will conduct a particularly interesting and timely research, called “Contested Identity: The Intersection of Memory and Nationalism in Modern Ukraine.”

In 2013, UCU faculty and students were among the first to protest President Yanukovych’s decision to back away from EU integration.  And in the months that followed, as we all remember, the UCU administration took a principled stance in support of Ukrainian citizens’ right to protest.

Tragically, UCU lecturer Bohdan Solchanyk was among the protesters killed by sniper fire in February 2014.

Since the Revolution of Dignity, UCU staff and students have continued to advocate for human rights, freedom of speech, and accountable governance in Ukraine.

I applaud the Ukrainian Catholic University for its impressive institutional development over the past ten years and for its contributions to Ukrainian leadership.

UCU’s faculty and students have shown what Ukrainians can achieve through a commitment to integrity, accountable governance, strong partnerships with like-minded allies —principles all Ukrainian institutions should aspire to uphold.

As a final note, I would like to ask you a question – I’m interested in your thoughts on the relationship between church – any church – and state government.

As you know, in the United States, we have a clear separation – enshrined in our constitution – between church and state.

We don’t endorse or inhibit any religion – and we are proud to have a wide variety of religious experiences and institutions in our country.

Other countries – such as Israel, the United Kingdom – have a very close relationship between their religions and their governments.  I would love to get your thoughts on this topic.

So thank you again for inviting me here to speak this evening.

I wish the UCU Humanities Department all the best, and look forward to visiting UCU’s main campus in Lviv in the near future.

Дуже дякую. [Thank you very much.]