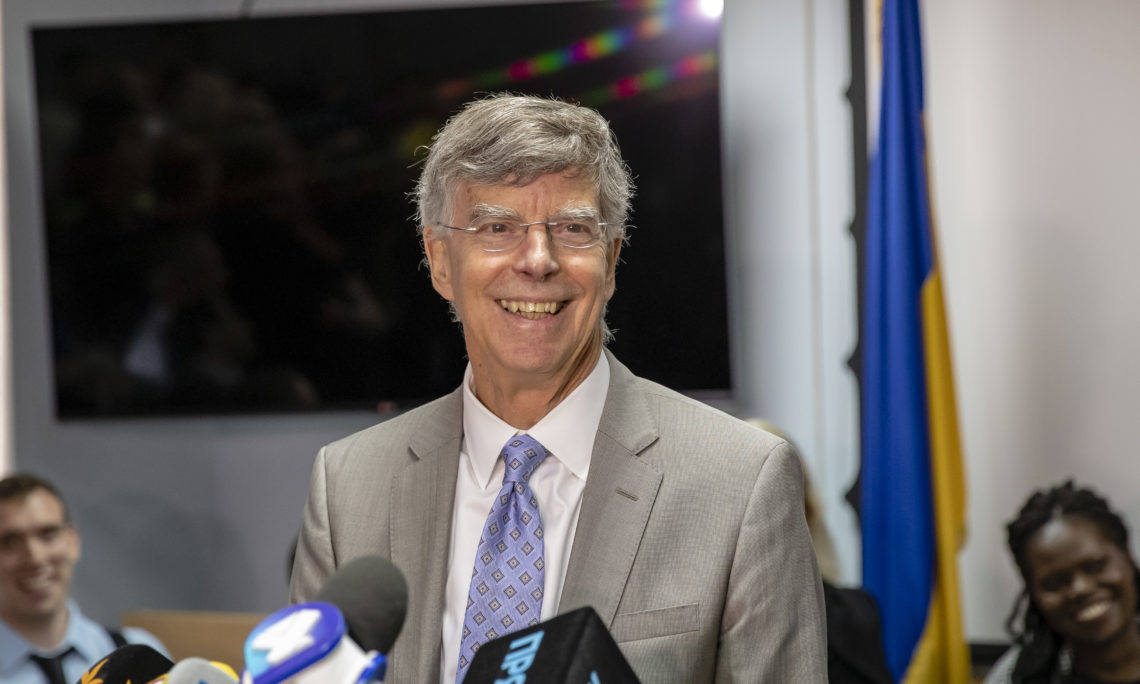 So, as I’ve already mentioned to several of the Volunteers, I think that the Peace Corps in Ukraine is one of the best things that Americans do here.

I was here as here as Ambassador from 2006 – 2009, and I have the great honor and the great opportunity to come back leading the U.S. mission here in Ukraine.

When I was here before … I was very eager and honored to see the Peace Corps Volunteers at three different times during their careers.

So, the first time I would meet them is when you got off the airplane, they would arrive from the United States jetlagged, they haven’t had any sleep, and I would try to tell them what a great place Ukraine was and they would hear me, but it wasn’t registering.

The second time that I would meet all of the Volunteers was ceremonies like this, where I would swear them in. I would swear in the new Peace Corps Volunteers, which I will do here shortly.

But while I am at it, let me thank the Ukrainian sponsors for hosting the Volunteers. Again, this is a great program, a great opportunity for the Americans to live with you, and I hope they will not be a burden on you. I hope that you will find them pleasant to live with.

So, the third time, then, that I would get to meet the Volunteers is when I would travel around the country, which is one of my favorite thing to do, is to travel around this great country, through the North, South, East and West. And at that time, as Vadim remembers, we could travel all over, we could travel to the East and the South and into Crimea, that was a great opportunity, and while I did travel, I would invite the Peace Corps Volunteers in the area to come have a meal, have a coffee, have a dinner and exchange ideas and views.

And as I say, this program allows Americans to live with Ukrainians, and it allows Ukrainians to understand the United States better. It also will allow — and this is a charge to Peace Corps Volunteers when they go home, back to the United States, to explain Ukraine to Americans.

I’m convinced that Ukraine’s success is very important, that’s why I’m honored and jumped at the opportunity to come back, to help as much as we can from the outside Ukraine succeed.

And I now have the honor to swear in the 9 new Volunteers.

So please stand, raise your right hand.  “I, [state your name], do solemnly swear that I will support and defend the constitution of the United States against all enemies, foreign and domestic; that I will bear true faith and allegiance to the same; that I take this obligation freely, without any mental reservation or purpose of evasion; and that I will well and faithfully discharge the duties of the office on which I am about to enter. So help me God.”