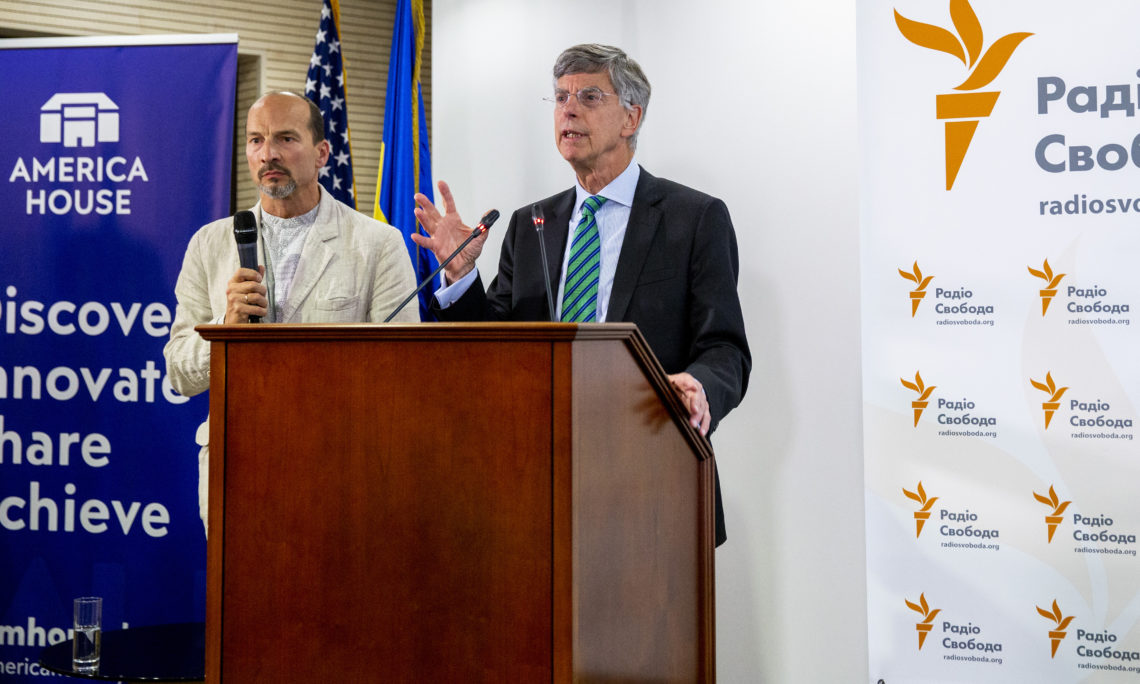 CDA Taylor:  I’m very glad to be here with you this evening.  It’s a great honor.  And Daisy [Sindelar of RFE/RL], it’s great to have you here from another part of Europe.  You’re in the heart of Europe now.

CDA Taylor:  The heart keeps moving, but the heart I see is here!  The boundaries keep moving.  And it is a great opportunity for me and all of us here at the U.S. Embassy to welcome you and to have you here and to celebrate the 65th birthday of this great service that you provide.

You provide a great service to Ukraine, and as Daisy said, to audiences that tune in to what’s going on, not just in Ukraine, not just in Europe — the rest of Europe, the other part of Europe — but around the world.  I follow what you write and you put on in the United States when I’m there.

Tanya mentioned the Road to Freedom, and that reminded me of a book written that I may have talked to some of you about in this very room within the past month: The Road to Unfreedom.

A great, a very well-respected, very well-known historian at Yale University, Timothy Snyder, has written several books about Ukraine, about Eastern Europe.  But his latest book is called, as I say, The Road to Unfreedom, and the subtitle is: Russia, Ukraine, Europe, United States.  And he argues, Timothy Snyder argues in this book, which I recommend – I don’t know if it’s yet translated into Ukrainian, it should be … – and Snyder argues that what the Russians are trying to do in Ukraine, they will perfect, work on, and then try to do the same thing in the other part of Europe, and eventually the same thing in the United States.

And that’s the road to unfreedom.  And it is based on fake news.   It’s based on sowing dissension in first Ukraine, and then Europe, and then the United States.  And the dedication of this book – Timothy Snyder, in the first part of the dedication of this book, he dedicates The Road to Unfreedom to journalists.  Journalists fight this battle every day.  You fight this battle every day.  This is what Radio Liberty does; this is what Radio Svoboda does; this is what journalists do.  And what Timothy Snyder says is:  Journalists are the heroes of our time.

Speaking of heroes, there are three of your colleagues – Stanislav Aseyev, Mykola Semena, and Oleh Halaziuk – who are not with us today because they are in unfreedom.