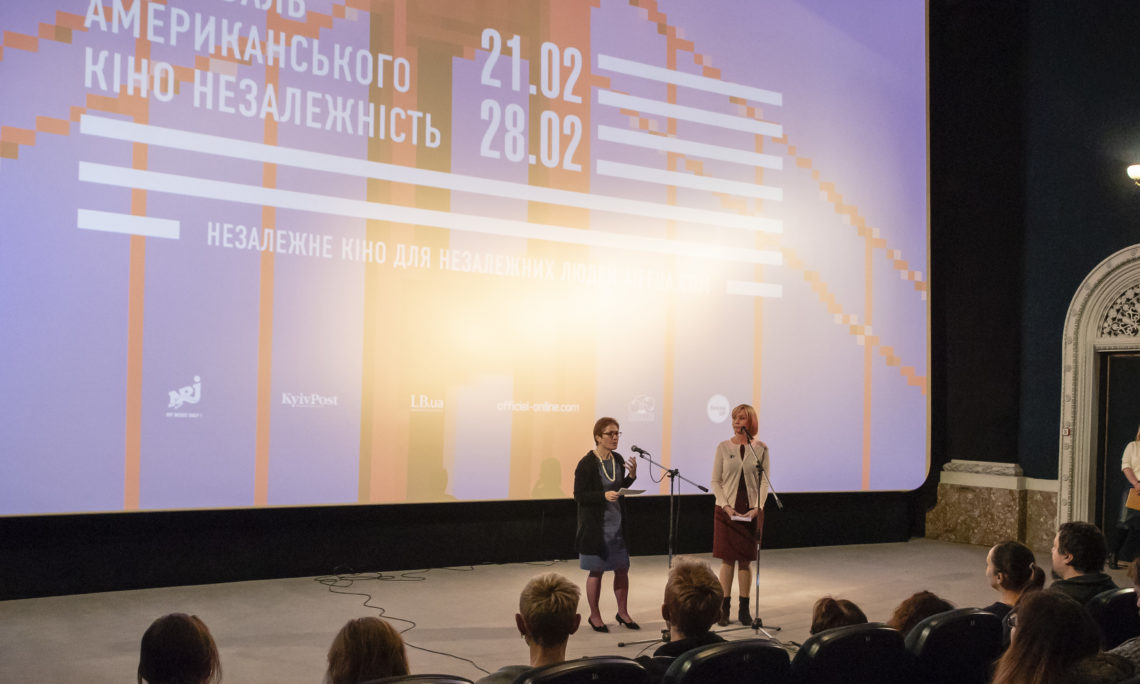 I hope everybody is as excited as I am!

And I want to thank Anna for putting together a really impressive program.

I just want to say that over the next six days, I think Ukrainian audiences are going to see the very best in American independent feature and documentary film.

So, it was a challenge to pick the opening film.

So, we settled on the film “Eighth Grade,” which won universal critical acclaim and praise from American audiences.

“Eighth Grade” tells the story of a 13-year girl who struggles to make friends and navigate the social politics of middle school.

So, who here remembers being that age and being awkward at school?  Exactly!

And I can tell you, I for one would not go back to being 13 years old in middle school for all the money in the world.

And you know, I’m looking at the audience, so some of you are a little younger than I am, but when I grew up, that was before smart phones and social media made high school and middle school such a challenging time for our children and our teenagers.

So, this film portrays — I mean, I think the only word for it is — ‘adolescent angst’ in our era, which I think we would all agree is a far more challenging time.

So, if all of us here — whether it is through art or politics or through some other means — want to make this world a better place, I think we need to understand the challenges that the next generation coming up is going through.

And that is exactly what “Eighth Grade” offers.  It’s understanding, in a story that is both realistic and hopeful.

We are in for a treat.

So a little moment for future commercial advertisements.

We’re also pleased to bring many other outstanding films to Kyiv this year, including two American documentaries.

And we have two filmmakers who are going to be presenting their films.

Sharon Rowen, who is here with us today.  And Sharon, if I could ask you to please stand up and wave.  Welcome!

She’s here today and is bringing her eye-opening film about women in the U.S. legal system, “Balancing the Scales.”

And Andrea Nevins, who is another American filmmaker, will present her film “Tiny Shoulders: Rethinking Barbie.”

So now, we are so pleased to present “Eighth Grade.”

Thank you for coming tonight!