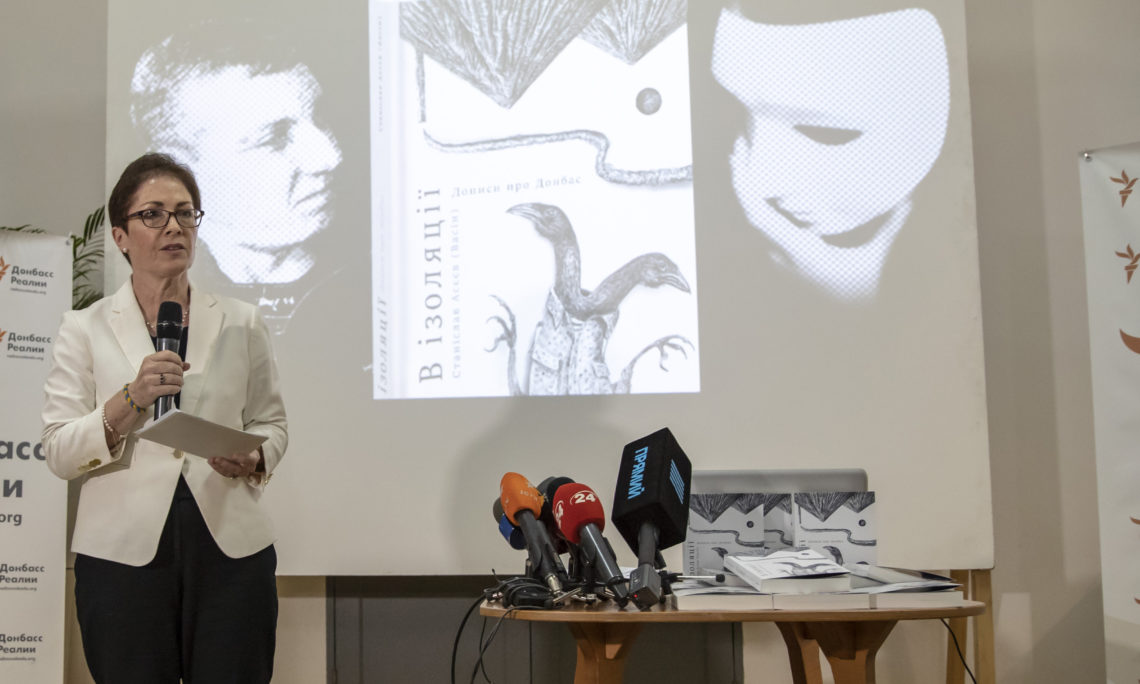 Thank you for being here and not forgetting.

About a year ago I spoke at the Mezhyhirya Fest, an annual event that many of you may also participate in.

It recognizes the best journalist work in investigative and special reporting.

Since it was about a year ago it gave us an opportunity to demand the release of Stanislav.

And now it is practically one year later, I really want to join with all of you and everybody else in Ukraine to reiterate the demand that Stanislav Vasin will be released.

In an age where disinformation targets Ukraine disproportionally and undermines Ukraine’s territorial integrity, journalists who tell the truth are doing their part to defend this country.

Stanislav took an especially important, and now we know, especially  dangerous role reporting the truth from behind the front lines.

So I want to thank everybody here who continues to honour Stanislav’s work and for continuing to support him, including by being here at this book release.

And I have to just point out the obvious that usually book releases are so celebratory events, so much work, such a great thing to be able to share one’s creative work with others, but at this occasion the author is not present.

So I hope that the release of this book reminds people that, as you said, that Donbas is Ukraine, that Stanislav and all the other prisoners must be released.

As we heard earlier Izolyatsiya was first established in Donetsk and organization was forced to flee and resurrect here in Kyiv.

Not just surviving, but thriving. Freedom of expression, everywhere you look, whether it is in the arts or here, where people can say what they want about a journalist.

There is a symbolism, an irony that we are meeting here, when Stanislav is likely being held in the original Izolyatsiya.

But what I am talking about is just as Izolyatsiya was able to be reborn here, Stanislav will join us, he will live and write in peaceful and prosperous, democratic Ukraine.

One where Ukraine’s sovereignty and territorial integrity has been reestablished… and there will be another book release with Stanislav present as well as all of you in a free Donetsk.