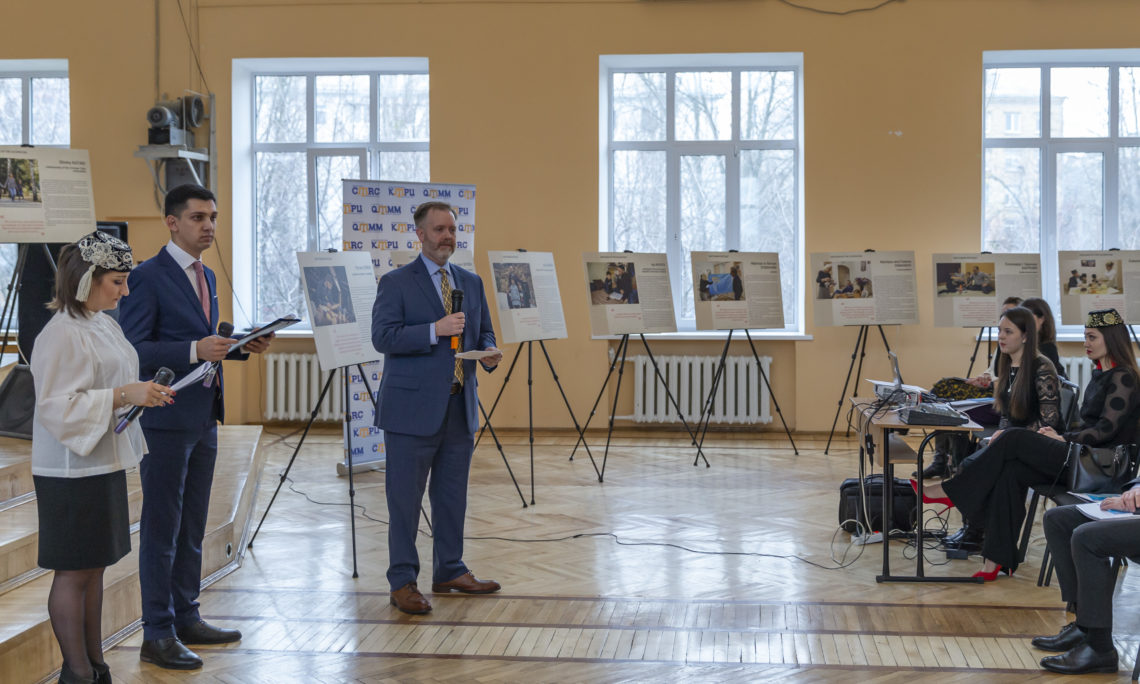 I’m pleased to join you here today for the opening of the Hostages of the Occupation exhibition.

The U.S. Embassy is honored to support this powerful artistic expression through our Democracy Grants Program.

I want to thank Vernadsky Taurida National University for hosting the exhibition and today’s event.

In fact, Vernadsky Taurida National University is a particularly fitting location for this exhibition.

Just like many of the families profiled in the exhibition, the university faced a sobering decision after Russia illegally occupied Crimea.

And the university’s leadership made a difficult and conscious decision to move to Kyiv from Crimea: to work in an environment that promotes freedom of thought and speech; and to not accept Russian control.

The U.S. Embassy has been honored to provide support to Vernadsky Taurida National University during this challenging time.

In today’s exhibition, we see people, with hopes and dreams for their families, like we all share.

They, too, faced difficult decisions about whether to leave their homes or remain in Crimea under Russian occupation.

The stories featured here today, of both displaced families and those who chose to remain in Crimea, share a common thread: the desire to live freely with the guarantee of essential human rights.

However, Russia has trampled on those human rights through its illegal actions in Crimea over the past six years.

In July of 2018, U.S. Secretary of State Mike Pompeo released the Crimea Declaration.

It clearly states that Crimea is part of Ukraine, and the United States will never recognize Russia’s attempts to annex it.

The United States will maintain sanctions against Russia until it returns control of Crimea to Ukraine. In fact, just yesterday, President Trump issued an official notice that facilitates the continuation of these sanctions.

During Secretary Pompeo’s recent visit to Kyiv, he emphasized the United States “will never accept anything less than the full restoration of Ukraine’s control over its sovereign territory.”

We stand with the people of Ukraine – including the people of Crimea – and call on Russia to cease its aggression immediately, in Crimea and in the Donbas.

Thank you to all who contributed to today’s event, which reminds us of a fundamental truth: