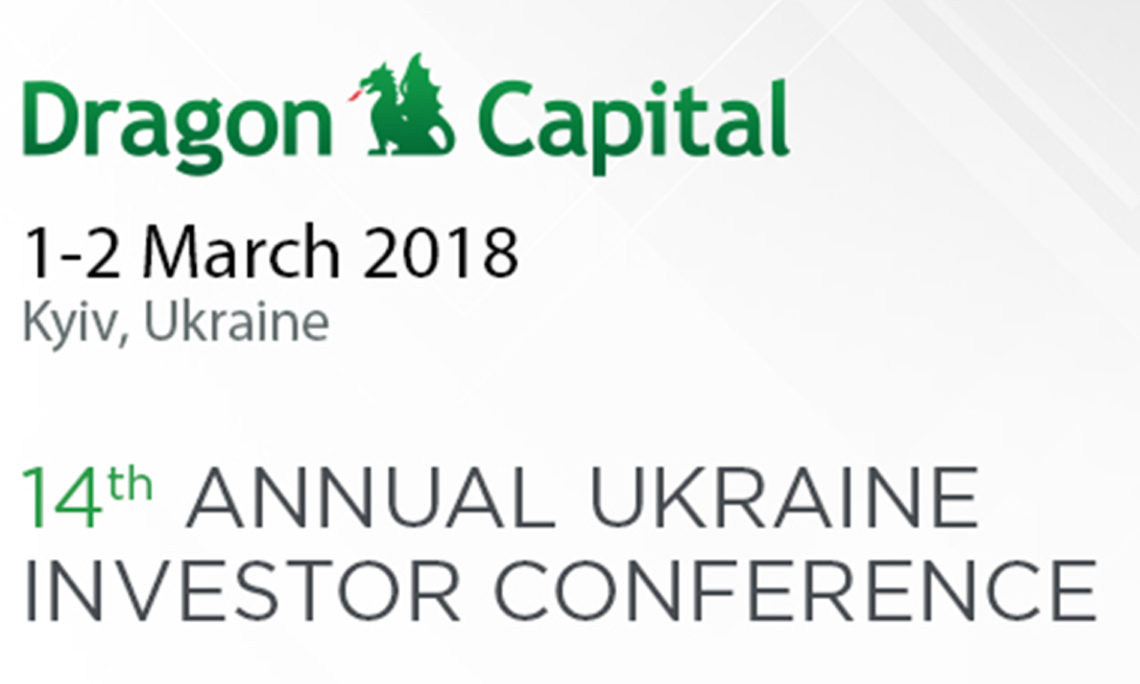 Thank you Neil for the kind introduction, and to Tomas (Fiala) and to Dragon thanks for having all of us here.

I know that most of you here are from the financial world, assessing if Ukraine is a right place for your money, but also your time.

I’m a diplomat, not a banker. But I can certainly relate to that, because we hacvr to make those kinds of decisions all the time as well.

Prime Minister Groysman and the government officials who are speaking today are investing their time and effort to building a better Ukraine.

The United States and the members of this panel –along with other, are major investors here in Ukraine, just like you.

We’re not just giving our money away – like you, we are choosing where to invest our limited time and funds.

Just since 2014, for the last four years, the United States has devoted over two billion dollars in assistance and supplied $3 billion in loan guarantees to Ukraine.

But I think more importantl that, we have invested our political capital in Ukraine.

Last week – some of you may know – Deputy Secretary of State Sullivan was here in Kyiv, and he said “We support Ukraine because the United States believes Ukraine has great, untapped potential, and it is in our interest that Ukraine become a successful, stable, secure, prosperous European nation.”

There are many different forms of investment. But when you come down to it, what they all have in common is belief in the future.

It was belief in the future that convinced the institutions on this stage to double down, four years ago, with their support for building an independent, secure, and prosperous Ukraine.

We knew that the future depended on difficult but necessary reforms. We had faith but we aslo conditioned it on performance.

And Ukraine’s success in managing an economic crisis and implementing key structural reforms since the Revolution of Dignity has been nothing short of remarkable.

The credit for that goes to the Ukrainians in government, civil society, and businesses who made tough choices and worked hard to achieve a better future for Ukraine.

We should not underestimate that success, the success Ukrainians have achieved in the face of constant challenges which include Russian aggression.

Ukrainians have stood up and they sacrificed to keep Ukraine on t that right path.

That’s why our efforts, the efforts of the major donors have been effective – because Ukrainians themselves, first and foremost, developed and championed the reform agenda. Our help is aimed at supporting the goals that Ukraine has laid out for itself.

I am sure we will hear from the IMF about the IMF program, but we really believe that the Ukrainian IMF program requirements aim to unleash the economic potential of Ukraine –both economic reforms and anti-corruption measures, and that this is the key reform program for Ukraine.

The World Bank, USAID and many other donors have offered the technical assistance that ensures Ukraine has the capacity to enact many of these reform.

The EU Association Agreement has provided Ukraine with improved access to EU markets and visa-free travel, but that’s not all. It also is supporting Ukraine in implementing the practical regulatory improvements necessary to build a better government that meets its citizens’ needs.

More broadly– and perhaps most importantly of all – the Association Agreement provides Ukraine with a path to deeper integration with Europe, and all of the benefits that come with that.

The EBRD and the IFC have blazed a path of investment in Ukraine for others to follow. Their work has been instrumental, in collaboration with the government and local businesses, to improve corporate governance and make the business environment friendlier.

All of this has led to the hard-fought macroeconomic stability Ukraine is currently experiencing, but the job is not done – and I think everybody here recognizes that – and Ukraine once again stands at a cross-roads.

If Ukraine sticks to the path of reform, supported by the IFIs, the EU, the United States, and other donors, it will continue to build a better economic future for its citizens.

In this scenario, we are certain that Ukraine can and will succeed.

However, if Ukraine’s leaders do not muster the political will to implement the difficult reforms the country needs, Ukraine faces the very real prospect of steering into rougher economic waters.

As Neil wrote in the Financial Times last month, economic growth in 2017 was disappointing, and Ukraine desperately needs higher levels of investment.

Moreover, the country runs the risk of insufficient financing over the next two years to meet its external debt obligations unless it completes the current IMF review, which would release approximately $2 billion of concessional financing.

Completing the current IMF review would potentially release over a billion dollars of financing from other donors. That support will allow the government to access international capital markets at a much more affordable rate, alleviating many of Ukraine’s pending financing problems.

Without a successful IMF program, Ukraine will not only lose IMF financing, but likely other concessional financing, and be forced to pay a higher cost to access the Eurobond market.

It’s a risky strategy, and one that we believe Ukraine cannot afford to take.

But financing is only part of the story. Completing the reforms themselves is really the crucial foundation to building a stronger economy for all Ukrainians.

There are positive signs that reforms are leading to economic progress. Many of you may have seen that last week GE Transportation signed a one billion dollar framework agreement to provide locomotives to Ukrainian Railways.

This was a powerful signal and we remain bullish on Ukraine’s tremendous long-term economic potential. Sectors such as agriculture, IT, defense and energy are all ripe for further expansion.

Realizing that potential, however, depends on continued improvement of the business environment.

Creation of an anti-corruption court is a key step, but Ukraine needs to take further steps to ensure the proper functioning of its traditional court system as well.

Ukraine must also find a way to further professionalize its law enforcement bodies, such as by creating a truly professional financial investigative service focusing on financial crimes.

In agriculture, adopting land reform that allows the sale of land would unlock the potential of Ukraine’s farmers.

IT is already a great success story, but it could really flourish if entrepreneurs and foreign investors had faith that the government would protect their intellectual property rights. And legislation in the Rada now will go a long way to making this up.

The defense sector is another area of great potential, one that our companies are very interested in. Like other state-owned sectors, there is a need for modern corporate governance. In the first instance, this means establishing a truly independent and professional board and an audit that meets international standards.

The energy sector – not a secret – has been a black hole of corruption in Ukraine. The Passage of key legislation to liberalize the gas and electricity markets in the past three years was a step in the right direction. But those laws need to be implemented and they are the the key to removing corrupt practices.

For example in 2015, the Rada passed the Natural Gas Market Law, which outlined a path to the liberalization of the gas market to include removing arbitrage opportunities in gas tariffs and providing consumers with a choice in where they purchase their gas.

However, the liberalization of the gas market has stopped, despite this law , because the government has kept in place a public service obligation to Naftogaz.

With the announcement of the Stockholm arbitration decision yesterday, Naftogaz has posted another big win. Again, I think it shows that the reforms the gas sector have been successful, but they need to continue. And we hope that all stakeholders in Ukraine gas sector will continue on the path towards modern management and liberalization of the gas market.

I know some say that these reforms are too difficult, particularly for Russians. These claims and topics may also seem distant from the day-to-day life for many of us.

With these reforms, and the support of Ukraine’s partners, Ukraine will be on the path to a brighter, more prosperous future. For all Ukrainians.

Than you very much.