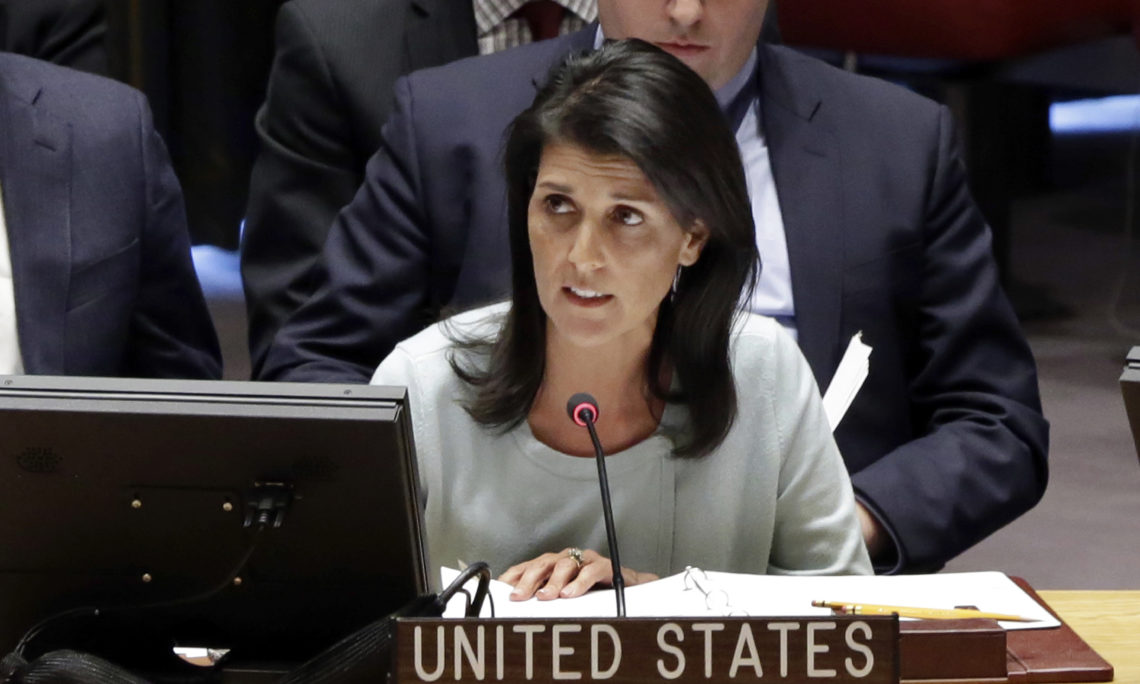 But Europe faces serious challenges – most acutely, Russia’s attempts to destabilize Ukraine and infringe upon Ukraine’s sovereignty and territorial integrity.

The United States is committed to the institutions that help keep Europe safe. We will not waver in our support for the North Atlantic Treaty Organization, which is the strongest alliance in history.

We are working to make NATO even more effective – deepening cooperation among existing members and keeping the door open to new allies who fulfill the requirements for membership, while seeking to increase burden sharing. In addition, NATO is providing training and assistance to build the defensive capabilities of Ukraine, Georgia, and Moldova. The United States also supports the Organization for Security and Cooperation in Europe, which helps to resolve Europe’s conflicts.

Right now, for example, the OSCE is playing a crucial role observing and monitoring the situation in eastern Ukraine. U.S. bonds with NATO and the OSCE have stood the test of time. These are institutions that bring together partners on both sides of the Atlantic Ocean to defend our shared ideals.

The U.S. partnership with the European Union is deep and enduring. The EU binds together countries that believe deeply in the cause of democracy, human rights, and economic freedom, and it has made Europe more prosperous and more peaceful.

The United States looks forward to improving our cooperation with the EU. The United States may, from time to time, disagree with EU perspectives, as friends do, but it remains an important partner.

At the end of the day, no one should misinterpret occasional policy differences and debates as a signal of anything less than total commitment to our alliances in Europe. That commitment is strong.

More than three years ago, the Ukrainian people took to the streets to speak out against political oppression and corruption. These protesters demanded freedom, democracy, and respect for the rule of law, and they succeeded in creating a new Ukraine. The United States continues to stand with the Ukrainian people.

But Russia has tried to prevent the change that the Ukrainian people demanded. Russia occupied Crimea and attempted to annex this piece of Ukrainian territory – an act the United States does not recognize.

Russia then armed, financed, and organized separatist forces in eastern Ukraine, leading to a devastating and senseless conflict that has cost more than 10,000 lives. The scenes of destruction from the town of Avdiivka in recent weeks show the consequences of Russia’s ongoing interference in Ukraine. Russia’s recognition in recent days of purported passports and other illegitimate documents distributed by Russian-backed separatists in Ukraine’s Donetsk and Luhansk regions is another direct challenge to efforts to bring peace to eastern Ukraine.

The United States thinks it’s possible to have a better relationship with Russia. After all, we confront many of the same threats. But greater cooperation with Russia cannot come at the expense of the security of our European friends and allies. That is why the United States calls on Russia to respect Ukraine’s sovereignty and territorial integrity. That is why we continue to urge Russia to show a commitment to peace – by fully implementing the commitments under the Minsk agreements and ending its occupation of Crimea.

The United States and the EU remain united in this approach, keeping sanctions in place until Moscow fully honors its Minsk commitments. Our separate Crimea-related sanctions will remain in place until Russia returns control over the peninsula to Ukraine.

Elsewhere in Europe, there are still significant political and development challenges to overcome.

Georgia’s sovereignty, independence, and territorial integrity within its internationally recognized borders must be affirmed and respected. In Bosnia and Herzegovina, the country’s people are still waiting for their leaders to stop playing politics with ethnic divisions, and focus instead on rooting out corruption and building a more stable future. In Cyprus, leaders are working to end the long-standing division of the island to achieve a settlement, which the United States strongly supports.

Regarding the Nagorno-Karabakh conflict, the United States remains committed to the Minsk Group process to advance a peaceful and lasting settlement, and we call on the sides to respect the ceasefire, implement agreed upon confidence-building measures, and resume negotiations.

In Moldova, the United States also continues to support a comprehensive settlement of the Transnistria conflict – one that affirms Moldova’s sovereignty and territorial integrity while providing a special status for the Transnistria.

The United States will remain Europe’s strongest partner in promoting peace and prosperity. We will stand by the institutions and alliances that make us all more secure.

And the deep ties that connect the United States and Europe will allow us to rise to the challenges we face today, and overcome them – together. Thank you.