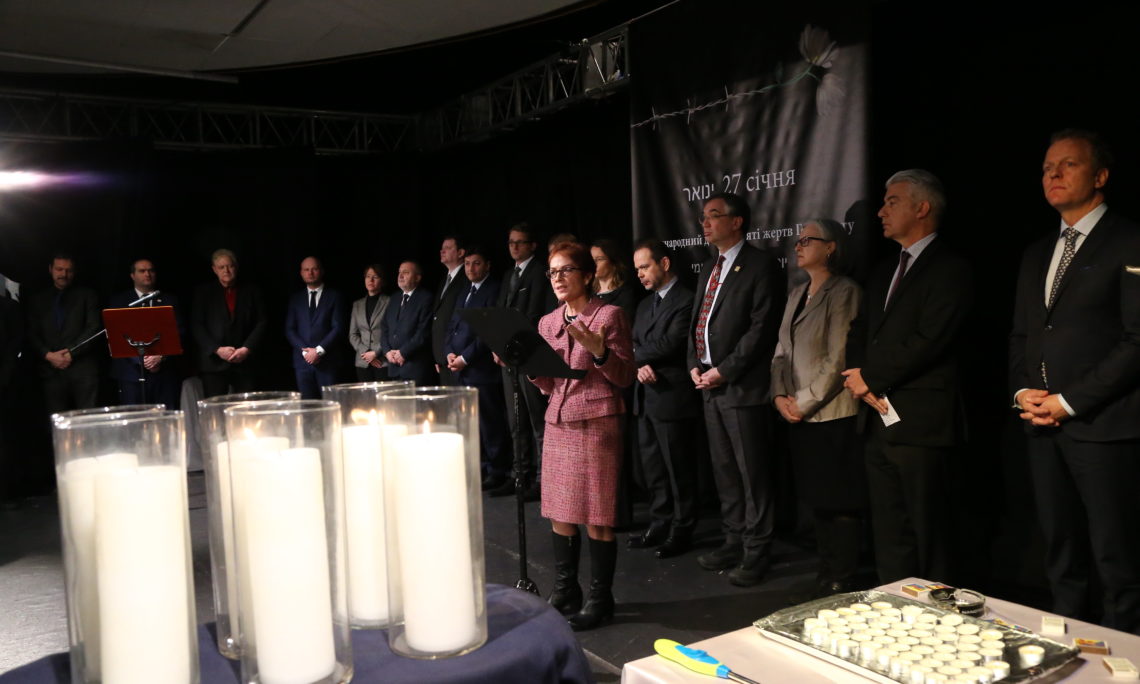 Good afternoon, on this solemn day of commemoration, the UN urges every member state to reflect on our shared history and to honor the victims of the Nazi era.

Today, the United States joins Ukraine and nations around the world in reflection and the offering of condolences.

Ceremonies will take place across the United States in communities large and small, and in Washington, D.C., the Holocaust Museum will hold a candle-lighting ceremony, much like to the one we are having today.

72 years after the liberation of Auschwitz and Birkenau, these ceremonies remain as important as ever.  They give us a valuable opportunity to honor the memory of those lost, and to reflect upon how humanity has allowed this to happen.

We can’t remake the past, undo tragic events.  But what we can do is we can remember, we can document, we can recount.

Doing so both honors the victims and ensures that we, as collective humanity, but also as individuals, see that unchecked intolerance and racism can lead to barbaric crimes.

So we have to really try to understand what it is that leads large numbers of people, often normal, decent people, people like you and me, the people in this room, to suppress their natural human empathy and either join in, or stand by and bear witness.

And in looking for wisdom, as to how we should proceed, I too go to Elie Wiesel who once said, “There may be times when we are powerless to prevent injustice, but there must never be a time when we fail to protest.” And that is something we can all do.

So today is a day for digging deep into ourselves, for considering how we might act when we are faced with injustice and inequality, and looking to the Righteous for their example.

We believe that doing so not only honors the memory of those lost, here and around the world, but brings us ever closer to truly being able to say, “never again will the world allow this to happen.”