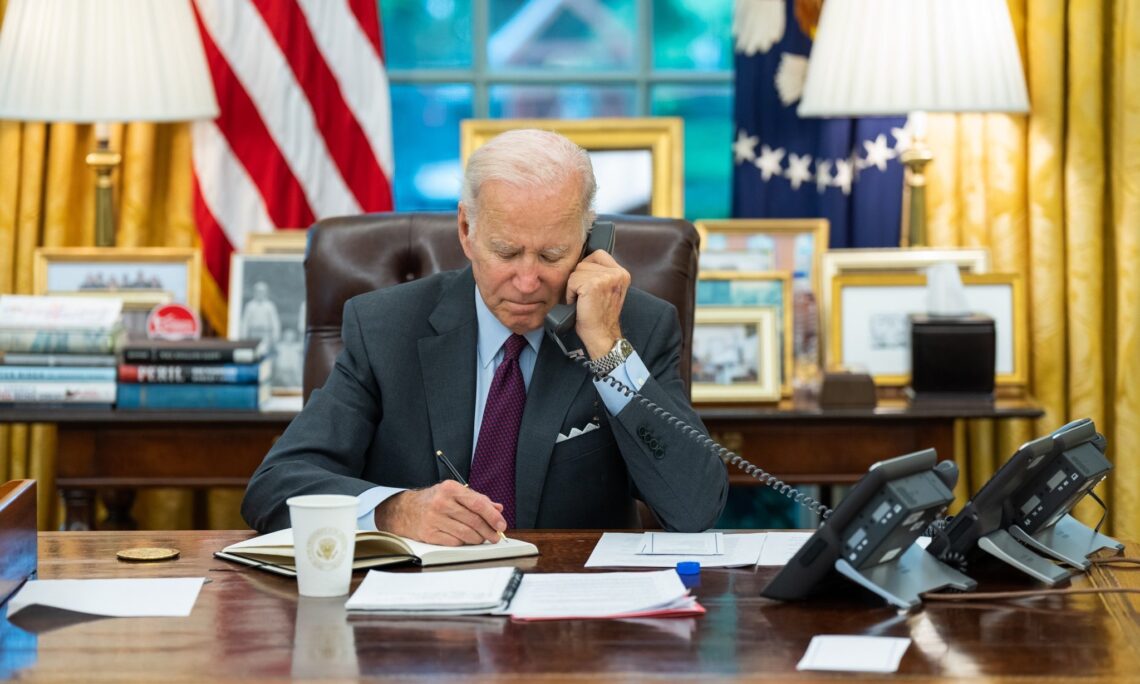 President Joseph R. Biden, Jr., joined by Vice President Kamala Harris, spoke today with President Volodymyr Zelenskyy of Ukraine to underscore that the United States will never recognize Russia’s purported annexation of Ukrainian territory. President Biden pledged to continue supporting Ukraine as it defends itself from Russian aggression for as long as it takes, including the provision today of a new $625 million security assistance package that includes additional weapons and equipment, including HIMARS, artillery systems and ammunition, and armored vehicles.  President Biden also affirmed the continued readiness of the United States to impose severe costs on any individual, entity, or country that provides support to Russia’s purported annexation. He welcomed the success of the agreement that has allowed the safe export of Ukrainian grain to global markets and the need to ensure that continues.  In addition, President Biden noted the ongoing efforts of the United States to rally the world behind Ukraine’s efforts to defend its freedom and democracy, as enshrined in the United Nations Charter.