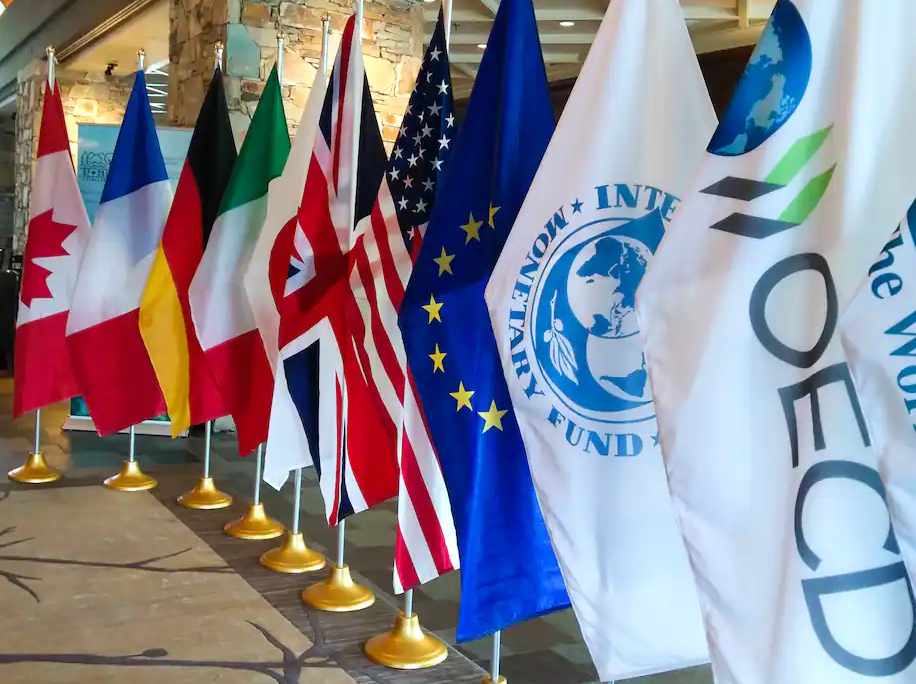 The following article originally appeared in the Washington Post

Joe Biden is President of the United States.

On Wednesday, I depart for Europe on the first foreign travel of my presidency. It is a trip stacked with meetings with many of our closest democratic partners — including the Group of Seven nations, our NATO allies and the leadership of the European Union — before concluding by meeting with Vladimir Putin. In this moment of global uncertainty, as the world still grapples with a once-in-a-century pandemic, this trip is about realizing America’s renewed commitment to our allies and partners, and demonstrating the capacity of democracies to both meet the challenges and deter the threats of this new age.

Whether it is ending the covid-19 pandemic everywhere, meeting the demands of an accelerating climate crisis, or confronting the harmful activities of the governments of China and Russia, the United States must lead the world from a position of strength. Thanks to the American Rescue Plan and our domestic vaccination strategy, our economy is now growing faster than at any time in almost 40 years. We have created more jobs in the first four months of our administration than under any other president. Wages are increasing for American workers. And, as America’s economic recovery helps to propel the global economy, we will be stronger and more capable when we are flanked by nations that share our values and our vision for the future — by other democracies.

That’s the agenda I will advance at every stop. In the United Kingdom, after meeting with Prime Minister Boris Johnson to affirm the special relationship between our nations, I will participate in the G-7 summit. This group of leading democracies and economies has not met in person in two years due to the coronavirus. Ending this pandemic, improving health security for all nations and driving a robust, inclusive global economic recovery will be our top priorities.

Already, the G-7 finance ministers have made an unprecedented commitment to build momentum for a global minimum tax rate of at least 15 percent to end the race-to-the-bottom on corporate taxation. And with the United States back in the chair on the issue of climate change, we have an opportunity to deliver ambitious progress that curbs the climate crisis and creates jobs by driving a global clean-energy transition.

Just as it does at home, honing the ability of democracies to compete and protecting our people against unforeseen threats requires us to invest in infrastructure. The world’s major democracies will be offering a high-standard alternative to China for upgrading physical, digital and health infrastructure that is more resilient and supports global development.

As new technologies reshape our world in fundamental ways, exposing vulnerabilities like ransomware attacks and creating threats such as invasive AI-driven surveillance, the democracies of the world must together ensure that our values govern the use and development of these innovations — not the interests of autocrats.

Those shared democratic values are the foundation of the most successful alliance in world history. In Brussels, at the NATO summit, I will affirm the United States’ unwavering commitment to Article 5 and to ensuring our alliance is strong in the face of every challenge, including threats like cyberattacks on our critical infrastructure.

While in Brussels, I’ll meet with the president of the European Commission and the president of the European Council to discuss how the United States and Europe can work in close coordination on global challenges. We will focus on ensuring that market democracies, not China or anyone else, write the 21st-century rules around trade and technology. And we will continue to pursue the goal of a Europe whole, free and at peace.

So, when I meet with Vladimir Putin in Geneva, it will be after high-level discussions with friends, partners and allies who see the world through the same lens as the United States, and with whom we have renewed our connections and shared purpose. We are standing united to address Russia’s challenges to European security, starting with its aggression in Ukraine, and there will be no doubt about the resolve of the United States to defend our democratic values, which we cannot separate from our interests.

In my phone calls with President Putin, I have been clear and direct. The United States does not seek conflict. We want a stable and predictable relationship where we can work with Russia on issues like strategic stability and arms control. That’s why I acted immediately to extend the New START treaty for five years and bolster the security of the American people and the world.

At the same time, I have also imposed meaningful consequences for behaviors that violate U.S. sovereignty, including interference in our democratic elections. And President Putin knows that I will not hesitate to respond to future harmful activities. When we meet, I will again underscore the commitment of the United States, Europe and like-minded democracies to stand up for human rights and dignity.

This is a defining question of our time: Can democracies come together to deliver real results for our people in a rapidly changing world? Will the democratic alliances and institutions that shaped so much of the last century prove their capacity against modern-day threats and adversaries? I believe the answer is yes. And this week in Europe, we have the chance to prove it.