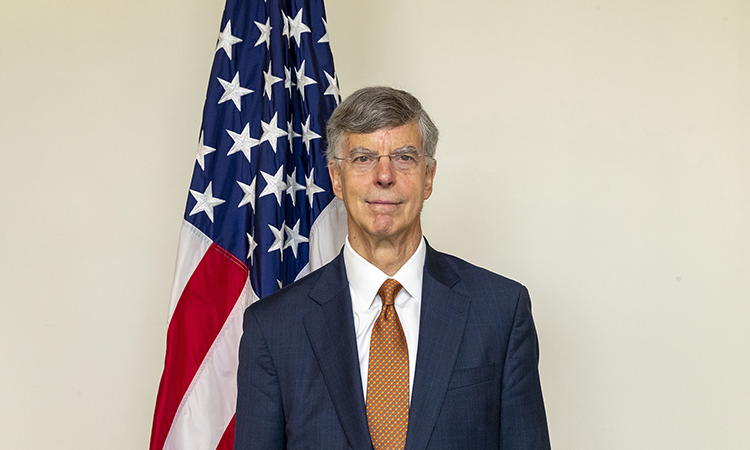 Since I returned to Ukraine in June, one thing has been clear everywhere I’ve gone – from Lviv to Mariupol, from universities to military facilities, from government offices to NGOs’ workspaces — Ukraine is brimming with energy and new ideas.

I see this energy, these new ideas, this willingness to explore possibilities within Ukraine’s new government.  I see it in civil society, among independent journalists and activists, and in the business community.  And the United States stands side by side with the people and government of Ukraine, ready to help Ukraine achieve its goals: halting Russia’s aggression against Ukraine and cementing Ukraine’s place in the Euro-Atlantic community.

The United States is firmly committed to Ukraine’s success – your success is our success. We will not allow Russia to dismantle the international order that was painstakingly built after World War II.  The concepts of sovereignty, territorial integrity, and peaceful resolution of disputes benefit all nations.  And Russia’s war against Ukraine shreds the international norms that kept peace and enabled prosperity for decades.

The United States continues to provide weapons, training, and equipment to Ukraine’s armed forces.  And we continue to impose sanctions on Russia for its illegal actions in Ukraine.  As Secretary Pompeo has said, the United States will maintain sanctions against Russia until the Russian government returns control of Crimea to Ukraine and leaves Donbas.

Meanwhile, we also continue to support the Ukrainian people in efforts to defeat corruption within Ukraine.  Ukraine must win this battle, too, as it integrates further into the Euro-Atlantic community.

It appears to me that Ukrainians want a new Ukraine — a prosperous, democratic Ukraine, where all citizens are held equally accountable under the law, where decisions by judges and MPs are not bought, where oligarchs do not wield influence over political and economic policy.  They want a new Ukraine where journalists do not face reprisal for honest reporting, where businesses know they are investing in a transparent and fair environment and have an impartial court to mediate disputes.  Ukrainians deserve this new Ukraine – and they are demanding it.

Ukraine has made progress toward these goals recently.  President Zelenskyy’s administration and the Verkhovna Rada have taken solid steps toward meaningful judicial reform, including the reboot of key anti-corruption institutions that give teeth to the rule of law and other fundamental reforms.  The Rada has passed legislation allowing genuine reform of the Prosecutor General’s Office and clarifying the jurisdiction of the High Anti-Corruption Court. A constitutional amendment revoking parliamentary immunity that had enabled corruption has been adopted, and implementing legislation should be adopted soon.  The Ukrainian government has quickly passed economic reform legislation to reduce regulatory burdens, strengthen financial regulation, and improve infrastructure through public-private partnerships.  The United States has been pleased to support these efforts by providing expertise and technical support for many related initiatives.

On defense reform, President Zelenskyy ordered and funded an audit of state defense industry conglomerate Ukroboronprom that meets international standards, and appointed reformers to its board.  He also appointed a true civilian defense minister, who, along with a new Chief of Defense, supports defense reforms to improve effectiveness and bring Ukraine closer to NATO standards. Ukraine now has the most battle-hardened military in Europe.

But as everyone who promotes democracy knows, strengthening and protecting democratic values is a constant process, requiring persistence and steady work by both officials and ordinary citizens.  As in all democracies, including the United States, work remains in Ukraine, especially to strengthen rule of law and to hold accountable those who try to subvert Ukraine’s structures to serve their personal aims, rather than the nation’s interests.

I’m optimistic about Ukraine’s strength, dynamism, and progress.  The Ukrainians I have met are aware of the challenges and are working to tackle them.  And these Ukrainians – working to build a better future for the children of Ukraine from Sumy to Sevastopol and from to Lviv to Luhansk – can count on the United States’ committed partnership and support.