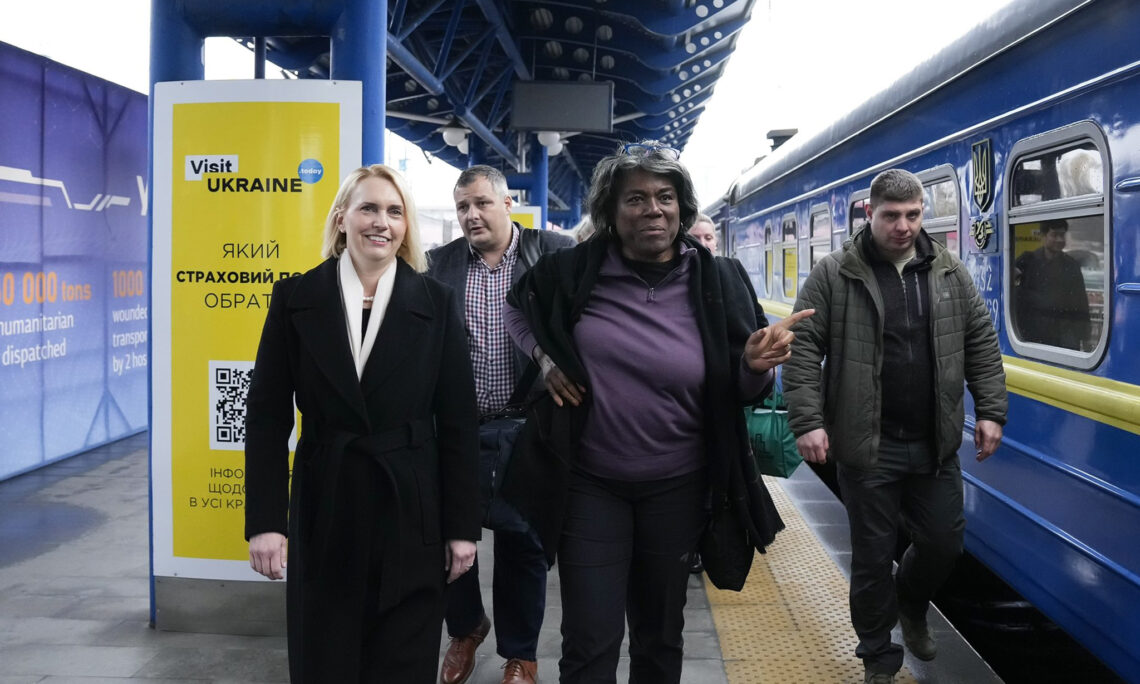 Ambassador Linda Thomas-Greenfield, U.S. Representative to the United Nations, is traveling in Ukraine today to reiterate the United States’ unwavering support as Ukraine defends its freedom and territorial integrity amidst Russia’s brutal and unprovoked invasion.

While in Kyiv, she will meet with Ukrainian government leaders to discuss the ironclad American commitment to the sovereignty and independence of Ukraine. She will observe efforts to document and preserve evidence of atrocities committed by Russian forces and will hear first-hand accounts of survivors.

Ambassador Thomas-Greenfield will also discuss the global food insecurity crisis exacerbated by Russia’s invasion and will underscore the critical need for an extension of the Black Sea Grain Initiative into the coming year.

She will also meet with humanitarian organizations working to meet winterization needs for vulnerable people impacted by Russia’s attacks on energy and other civilian infrastructure.