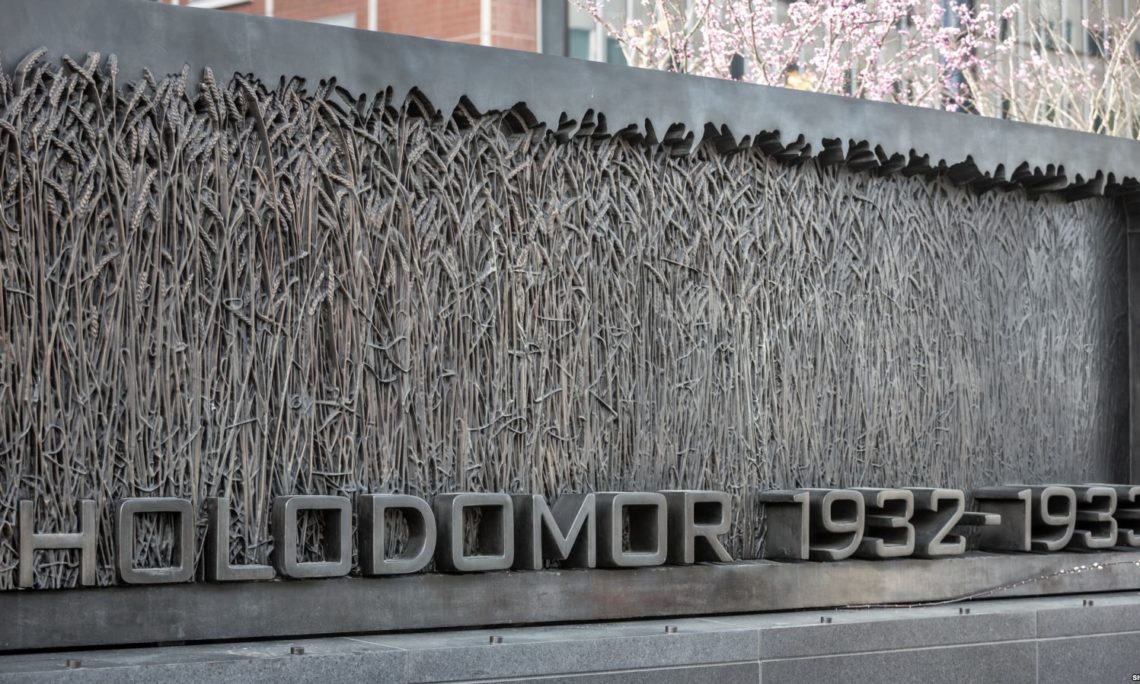 This month we join Ukrainians around the world in marking the 85th anniversary of the Holodomor, when millions of innocent Ukrainians were deliberately starved to death by the regime of Josef Stalin.  The Soviet Union’s barbaric seizure of Ukrainian land and crops was undertaken with the deliberate political goal of subjugating the Ukrainian people and nation.  This catastrophic man-made famine was one of the most atrocious acts of the twentieth century and a brutal reminder of the crimes of communism.

Today, Ukrainians are once again dying as a result of Russia’s attempts to destroy the identity and Western aspirations of the people of Ukraine.  Russia’s ongoing aggression in eastern Ukraine has resulted in more than 10,000 deaths.  However, Russia will not vanquish the resilient Ukrainian spirit, nor dampen Ukrainians’ desire for a better future.

As we remember the Holodomor’s millions of innocent victims, we reaffirm our unwavering support for Ukraine’s national sovereignty and territorial integrity, as well as the Ukrainian people’s right to chart their own course.