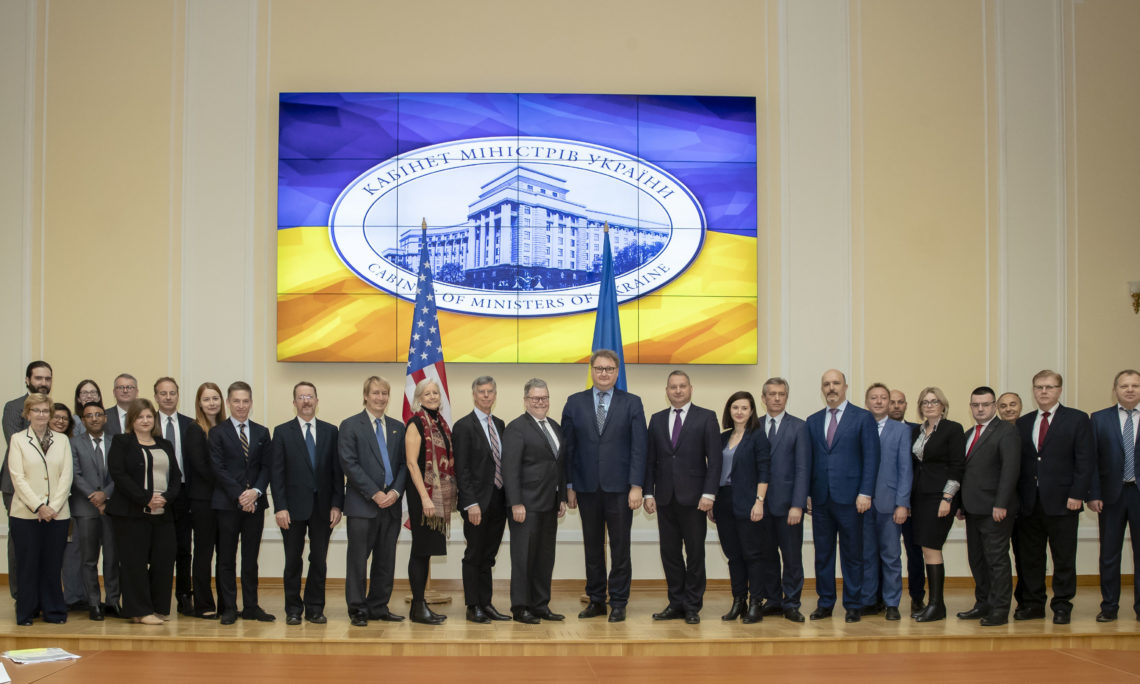 Following the recent elections in Ukraine, the U.S. and Ukrainian governments pledged to work together to help Ukraine take steps toward reforming its economy and strengthening its business and investment environment. The United States remains a committed partner and expressed its continued support for an independent, democratic, and prosperous Ukraine.

Underscoring the important role the business community plays in informing bilateral discussions and helping to ensure the long-term positive relationship between the two countries, the meeting opened with presentations from the business sector.

In the government-to-government portion of the meeting, the delegates first discussed ways to enhance bilateral trade. Ukraine agreed to support legislation to open its market for crop protection products and to level the playing field for international grain traders. Ukraine further confirmed that the upcoming changes to its new rules on animal-origin products would not adversely impact imports from the United States.

Turning to regulatory issues, the Heads of Delegation noted with appreciation the productive work over the past year of the Council’s Working Group on Sanitary and Phytosanitary issues and the Working Group on Technical Barriers to Trade issues to identify ways to reduce or eliminate regulatory barriers to trade. Highlighting the importance of transparency, the government of Ukraine described its pilot program to create an electronic platform on which it could publicize draft regulatory measures, accept public comments, and provide its responses to those comments. Ukraine committed to maintaining a transparent and predictable regulatory regime and to basing its measures on international standards in order to position Ukraine to trade with a variety of markets. The Heads of Delegation directed their teams to continue their work together on these issues.

The delegations noted the tangible progress on key intellectual property (IP) rights issues, including Ukraine’s implementation of the recently adopted collective management law. The Heads of Delegation encouraged continued engagement between the teams to address remaining concerns with the law and to ensure the development of a transparent, fair, and predictable system for the collective management of copyright royalties. Ukraine committed to develop and implement a program to remove all unlicensed software from government and state-owned enterprise computers by the next meeting of the Trade and Investment Council.  The delegates also discussed recent activities related to the enforcement of IP rights and how to improve those efforts. Experts noted their plans for future engagement on other draft IP rights legislation in Ukraine. Noting the work on IP rights protection and enforcement, Ukraine expressed its appreciation for the partial restoration of its Generalized System of Preferences (GSP) privileges, and resolved to take the steps necessary to come into full compliance with GSP’s eligibility requirements on the protection of IP rights.

The delegates discussed the ongoing work to improve bilateral investment. Both sides recognized the importance of creating a business environment based on predictability, transparency, and the rule of law to attract foreign investment. As evidence of its commitment to reform its business environment, Ukraine described its reform agenda, in particular its efforts to reform Ukrainian Railroads, and its privatization efforts. The government of Ukraine agreed to work with industry representatives to address the delays in value added tax refunds.

The delegates acknowledged the progress made in these and other areas, and agreed that more work remains.  Members of both delegations remain hopeful about the opportunities and potential of the Ukrainian economy and are committed to working together in support of Ukraine’s continued reform efforts.  They will work to advance a strong and prosperous relationship and look forward to expanding efforts in the next Council meeting in Washington, DC in 2020.

The United States and Ukraine signed the United States-Ukraine Trade and Investment Cooperation Agreement (TICA) in 2008. The TICA established the TIC as the primary intergovernmental mechanism for discussion of trade and investment relations between the two countries.