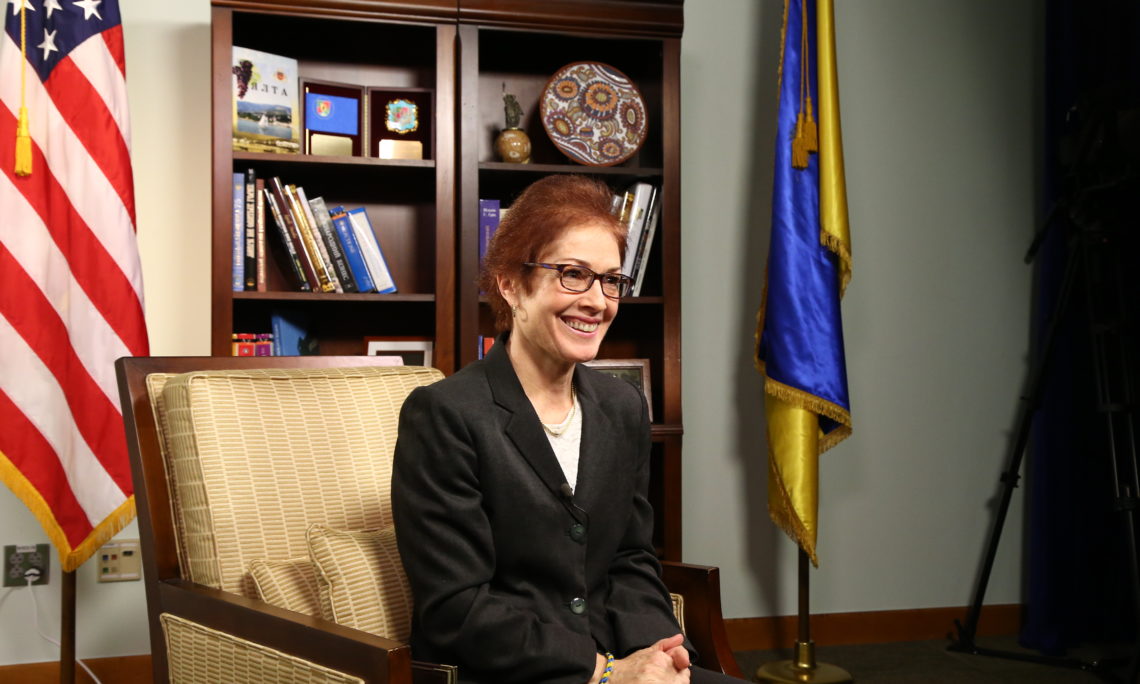 What would be the consequences of passing a law on anti-corruption court that is not agreed with the IMF?  Has the U.S. Embassy made those consequences clear to the parliamentary groups and faction in the Rada?

The need for this court is clear: the establishment of a genuinely independent and effective anti-corruption court is the most important, immediate step the government can take to roll back corruption that continues to threaten Ukraine’s national security, prosperity, and democratic development. We support the IMF’s assessment regarding how a credible, independent, and effective court should be established, including a central role for international experts to ensure the selection of qualified judges.

The consequences of passing a law not agreed with the IMF are also clear: failure to pass an IMF-compliant bill would erode Ukraine’s ability to fight corruption, prevent Ukraine from receiving billions of dollars in assistance, and destabilize the economy.  Getting this right is essential for building a strong, prosperous, and democratic Ukraine.

Continuing Ukraine’s IMF program is necessary to secure further assistance that Ukraine needs. It is a signal to the world, including financial markets, where Ukraine is headed. But even more important: the Ukrainian people demand an Anti-Corruption Court to root out the corruption that strangles economic growth, kills jobs, harms national security, and perpetuates poverty. It needs an effective anti-corruption court if it is going to establish rule of law, where no one is above the law, which is the kind of country the Ukrainian people deserve.

I am confident this is fully understood by key officials in the Ukrainian government and members of the Rada, as well as by the Ukrainian people. I don’t think anyone in Ukraine is unaware that this is a key moment, and a key decision.

Representatives of which organizations should, in your opinion, comprise the Board of International Experts? 2. Should the opinion of the Board of Experts be decisive in selecting candidates for judges of the Anti-corruption Court?

We support the IMF’s determination of whether an ACC bill is compliant, and that includes on the composition of the Expert Panel. If a panel of genuine experts selected by reputable international organizations determines a candidate is inappropriate to serve on an anti-corruption court, that decision should matter. The opinion of such a panel should not easily be disregarded or overridden. This role of filtering out bad candidates should play a central role in the appointment process. Why would Ukraine want a process that results in the appointment of bad candidates over good candidates? Such a Panel is a way of helping Ukraine and Ukrainians build a court that will be less exposed to corruption.

In your view, is procrastination with the process of setting up the anti-corruption court a sign of the government’s lacking interest in defeating corruption in Ukraine?

What is clear is that now is the moment to establish a genuinely independent and effective anti-corruption court. It will complete a system of independent anti-corruption institutions capable of investigating, prosecuting, and convicting high-level officials of corruption-related offenses. Ukrainians are fed up with corruption and want a judicial system that can deliver justice. If that is what the Ukrainian people want, then this is the way to do it, and now is the time.

Are you happy with the performance of the existing anti-corruption bodies in Ukraine?

The Ukrainian government deserves credit for establishing independent anti-corruption institutions following the Revolution of Dignity, including NABU and SAP. Those institutions need to be permitted to do their jobs without interference or pressure.