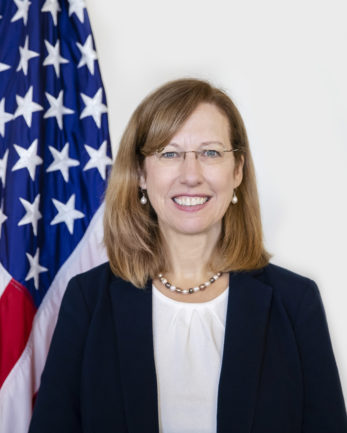 Kristina Kvien arrived at U.S. Embassy Kyiv in May 2019.  From 2016 – April 2019, she served as Acting DCM/Minister Counselor for Economic Affairs at U.S. Embassy Paris.

Kristina is a native of California, with a BA in Political Science from Occidental College and an MS in Strategic Studies from the U.S. Army War College.