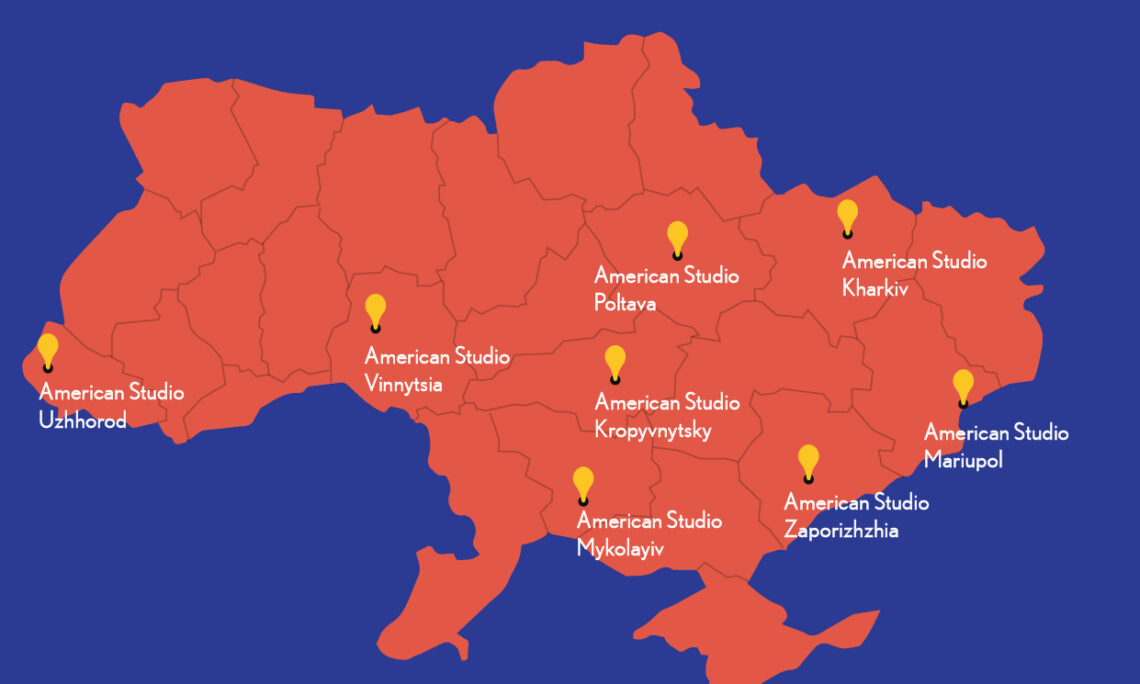 The Public Affairs Section of the U.S. Embassy in Kyiv supports a network of American cultural hubs and information centers throughout Ukraine.  This network includes eight official American Spaces in addition to the America House in Kyiv.  These “Windows on America” reflect partnerships between the U.S. government and a Ukrainian library that generously provides space and administrative staff.

The Windows on America host a variety of events designed to bring Americans and Ukrainians closer together.  Regular talks by U.S. Speakers, Embassy staff, Fulbright scholars, Peace Corps Volunteers, and other Americans allow U.S. and Ukrainian citizens to learn from one another as we strengthen the bond between our countries.  Our Windows on America also provide a venue for other U.S. Embassy outreach activities, including alumni events, photo exhibits, film screenings, and other events that promote a better understanding of the United States.  The Windows simultaneously organize events on their own initiative that advance our mutual objectives.

Addresses of Windows on America: