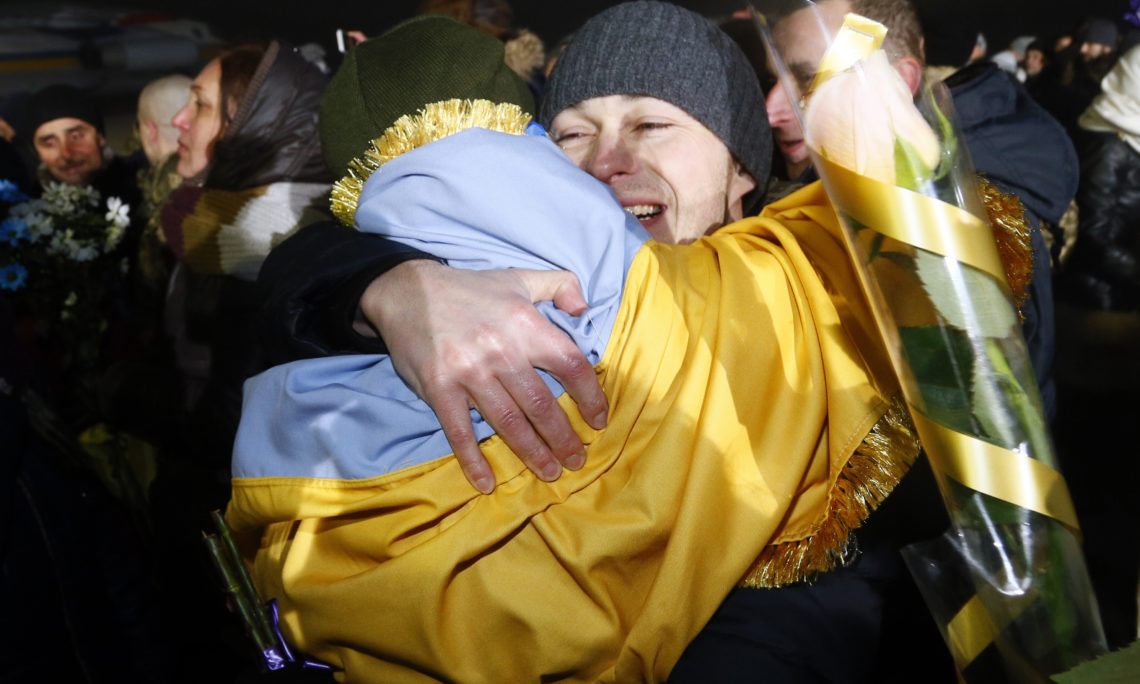 A relative, right, hugs a prisoner, left, who was released by separatists in Kiev Boryspil Airport, Ukraine, early hours Thursday, Dec. 28, 2017. Ukrainian authorities and Russian-backed separatist rebels on Wednesday conducted the biggest exchange of prisoners since the start of an armed conflict

The United States welcomes yesterday’s exchange between the government of Ukraine and Russia-led forces in eastern Ukraine of more than 300 detainees.  This exchange is one step toward implementation of the Minsk agreements. We once again call on the sides to fully implement their Minsk commitments including through a true “all-for-all” detainee exchange; a full ceasefire; the withdrawal of heavy weapons; safe and secure access for OSCE Special Monitoring Mission monitors; and humanitarian access to the conflict zone.

As Secretary Tillerson told Foreign Minister Lavrov in their phone call this week, it is also important for Russia to return its representatives to the Joint Center on Control and Coordination.

The fighting in eastern Ukraine has claimed more than 10,000 lives and damaged important civilian infrastructure.  Russia, which started this conflict and perpetuates it through active leadership of military units on the ground that attack Ukrainian positions daily, must commit to bring it to an end.

The United States is ready, in coordination with France, Germany, and Ukraine, to engage with Russia in support of the Minsk agreements to achieve an end to the conflict, including through a peacekeeping force with a broad mandate for safety and security across the entire conflict zone, control of the international border, and responsibility for ensuring the cantonment of heavy weapons.