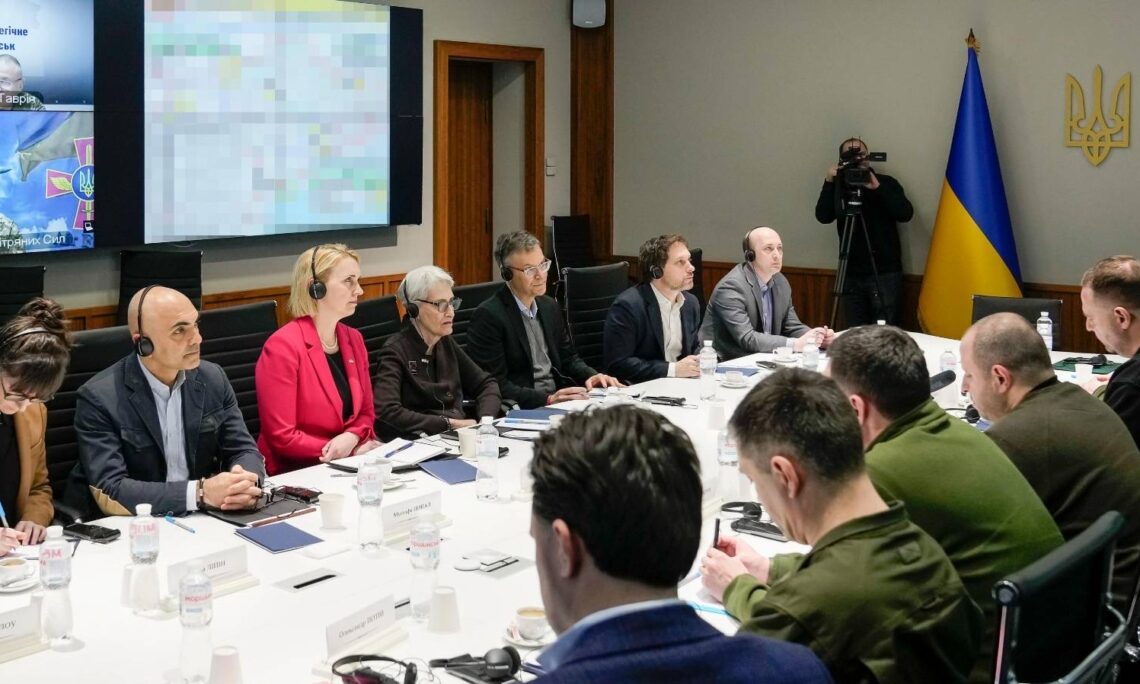 READOUT
OFFICE OF THE SPOKESPERSON
JANUARY 16, 2023

Deputy Secretary of State Wendy Sherman, Principal Deputy National Security Advisor Jon Finer, and Under Secretary of Defense Dr. Colin H. Kahl traveled to Kyiv today to meet with President Zelenskyy, members of the Office of the President, and senior Ukrainian officials to reaffirm the United States’ strong and steadfast commitment to Ukraine and its defense against Russia’s unprovoked aggression. Prior to the visit, the delegation made stops in Germany and Poland to review U.S. security assistance to Ukraine.

While in Kyiv, Deputy Secretary Sherman, Principal Deputy NSA Finer, and Under Secretary Kahl met with Prime Minister Shmyhal to discuss how U.S. and international assistance has helped stabilize Ukraine’s economy and how we can develop an enduring U.S.-Ukraine trade and investment partnership as Ukraine rebuilds. They also met with Minister of Defense Oleksii Reznikov to discuss diplomatic efforts and security assistance to strengthen Ukraine’s security capabilities. In a meeting with Deputy Prime Minister Oleksandr Kubrakov and Ukrenergo CEO Volodymyr Kudrytskyi, they reviewed emergency efforts to repair and sustain Ukraine’s energy system despite Russia’s brutal, ongoing attacks on critical infrastructure.

As part of the trip, the delegation heard from young Ukrainians who have adapted their businesses and advocacy to support their fellow citizens even as they look ahead to Ukraine’s recovery and reconstruction.