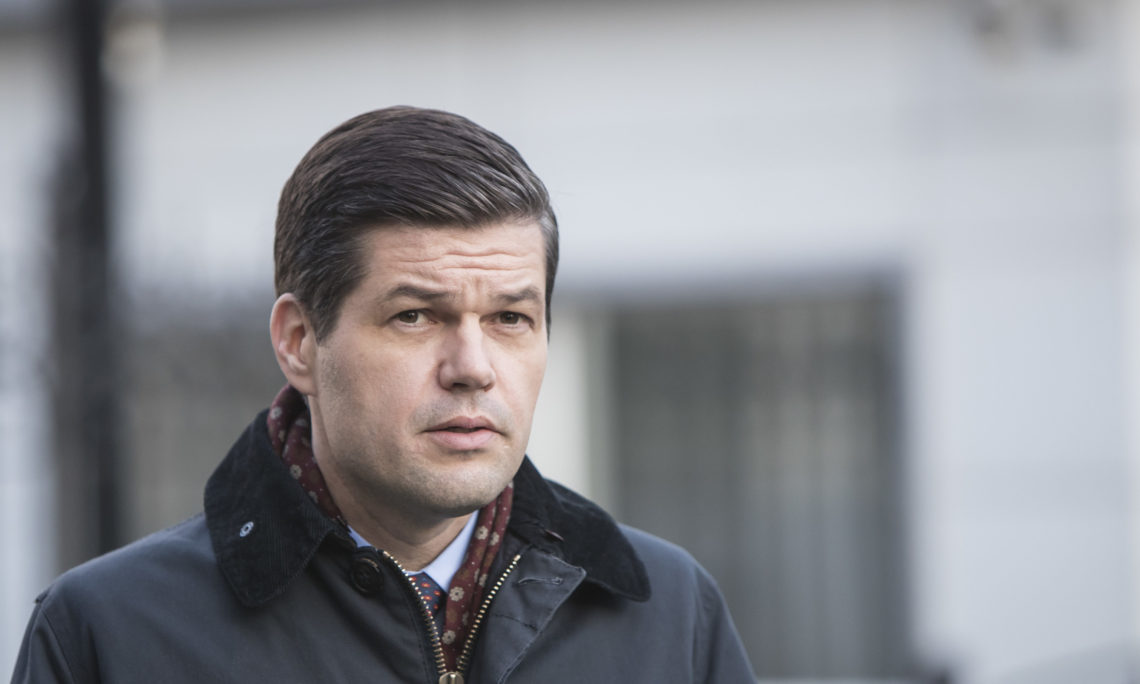 Thank you for the kind introduction, Michael. It really is an honor to be here and see so many friends, Ukrainian and American friends, and to be here alongside Foreign Minister Klimkin, Ambassador Chalyy, Senator Portman. And I want to thank the Heritage Foundation for really shining a spotlight on an event in history that gets, I think, inadequate attention.

As Pavlo mentioned, we are here today to mark a very somber occasion, and that’s the 85th anniversary of the Holodomor. Today, we recall the millions of innocent Ukrainians whom the brutal Soviet regime starved to death by engineering and executing a catastrophic man-made famine.

The Holodomor was one of the most barbaric acts of the twentieth century. It should be recognized as such. This crime against humanity was the result of a deliberate policy whereby Joseph Stalin seized Ukrainian land and crops with the explicit political goal of starving Ukraine as a people and as a nation. These cruel policies turned one of the world’s most fertile regions, a land that is famous for its rich black earth, into a place of horror and death.

Moscow’s efforts to starve the people of Ukraine, and the Kuban region, a place populated by ethnic Ukrainians, were undertaken with a clear political goal in mind. NKVD executioners eagerly carried out the order of Stalin and his henchmen, who sought to break the will of the Ukrainian people, to cow them into submission, to destroy their identity and national aspirations.

At the time, many Western intellectuals, motivated by an admiration of communism and a skewed ideology of collectivism, ignored or covered up these events. I think it’s important to remember that. Eighty-five years later, it is remarkable that the Holodomor — like so many of the other crimes of communism — have not received their due attention in the West. We must never forget that they occurred. And we must never forget why they occurred.

Today, Ukrainians are dying as a result of policies directed by the Russian government against the very fabric of Ukraine’s national existence. Moscow is trying to conceal this ongoing aggression, but its goals are very clear. Russia seeks a Ukraine vassal state, deprived of sovereignty, beholden to Moscow and within its sphere of influence. It wants to prevent Ukrainians from choosing their own future.

In pursuit of that goal, Moscow’s aggression in eastern Ukraine continues unabated. More than 10,000 Ukrainians have died as a result of this Russia-conceived, -led, and -sustained conflict.

Russia also continues its brutal occupation of Crimea. Those who speak out against this illegal occupation or even express their Ukrainian identity or loyalty to Ukraine are subjected to physical abuse and imprisonment by Russian occupation forces.

Beyond this direct military threat, Moscow seeks to unravel Ukraine from within by undermining the democratic institutions that Ukrainians have so painstakingly created. The aim is to reverse the progress achieved since the Revolution of Dignity. Social media and cyber warfare may be new tools in the Russian toolkit, but the underlying blueprint looks quite Soviet: disinformation, propaganda, and what the KGB used to call “active measures”.

As we remember Ukraine’s difficult past and discuss the current challenges, we must not lose sight of the bright future within Ukraine’s reach. Tomorrow, Secretary Pompeo and Foreign Minister Klimkin will relaunch the U.S.–Ukraine Strategic Partnership Commission. Delegations from our two countries will hold important, daylong talks as we work together to advance Ukraine on its Western path.

The underlying goal of our meetings is to help Ukraine realize its tremendous potential and to take its place in the family of Western democracies. As my friend Pavlo has said, our goal is to ensure the success of Project Ukraine.

Just as we must never forget the Holodomor, we must honor those who bled and died on the Maidan and continue to bleed and die in the country’s east. We stand with Ukrainians in their struggle for a brighter future, free from vassalage, free from corruption, with a government that is accountable to its people.

The north star of our Ukrainian policy will remain our support for Ukrainian nation-state. Its sovereignty, self-determination, and territorial integrity within internationally recognized borders. A sovereign Ukraine, a sovereign Georgia, a sovereign Belarus, are our surest bulwark against Russian neo-imperialism.

Ukraine is at the center of a geopolitical struggle for the future of Europe. Ukraine’s success will resonate from one end of Europe to the other. It will cast I think a very harsh light on Project Putin with its authoritarianism, kleptocracy, and military aggression.

Russia’s aggression against Ukraine has only solidified Ukrainians’ desire for a future free of imperial control and post-Soviet corruption. It has bolstered Ukrainians’ unity and desire to embrace a Western path. Ukrainians increasingly see themselves as European, and not just in geographic terms. Russia has therefore, I think, itself pushed Ukrainians further from Moscow’s orbit. This trend will continue as long as Moscow remains unwilling to respect its neighbors’ right to choose their own God-given destinies.

So on this, the 85th anniversary of Holodomor, we remember the horrors that the Ukrainian people endured. We remember the millions of victims — the young, the old, the countless innocents. We honor their memory and recommit to ensuring they will never be forgotten.

We also recall the resilience of the Ukrainian spirit which I think Pavlo has fittingly eulogized. A spirit that could not be crushed even during this horrible chapter of history.

Ukrainians have repeatedly shown they will be not be beaten down or deterred from charting their own course.

Ukrainians are resolute in their pursuit of freedom and liberty, opposition to an authoritarian, Stalin-admiring Russian leadership.

We thus look forward to a better future, one in which Ukraine is stable, prosperous, democratic, and free. Mindful of the past, the United States stands with Ukraine and its people in pursuit of that brighter future.