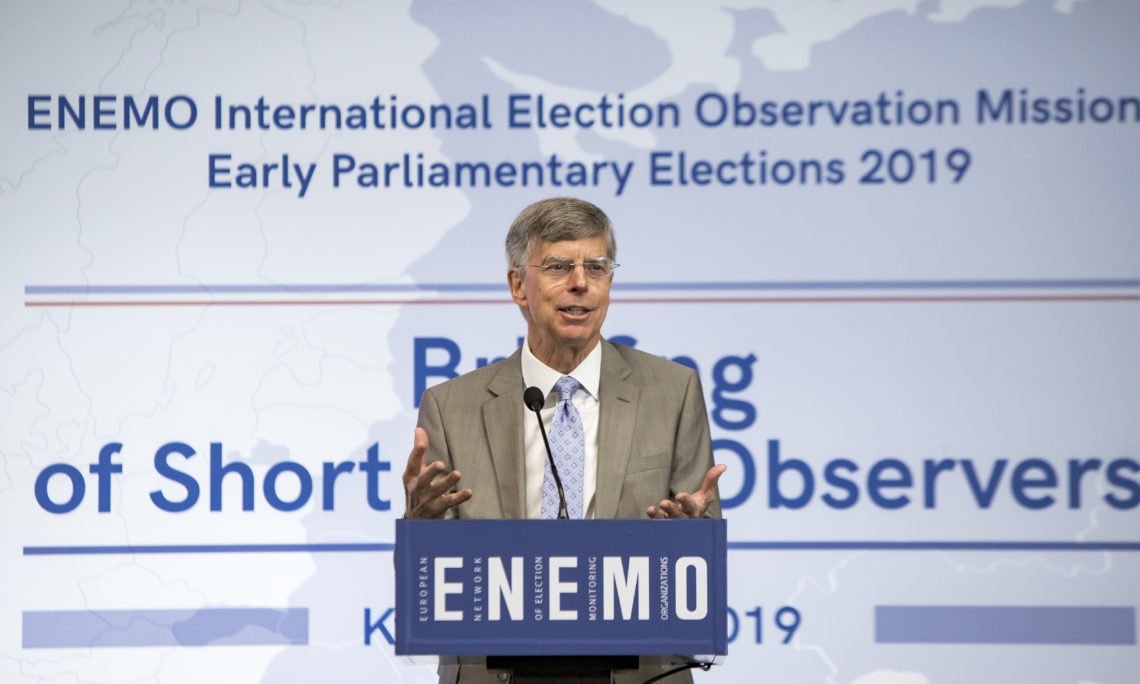 In between the time I was here as U.S. Ambassador ten years ago and now, I’ve been able to come back to Ukraine regularly, usually as an observer. So I was an observer actually for the 2014 election, then in both rounds of the presidential election earlier this year, first round and second round.

As many of you know, many of you have observed these elections as well, we have seen a gradual but clear improvement over time in the quality of the elections that the Ukrainians have run. In the second round of the presidential election, it was widely assessed to be the best election Ukraine has ever seen.

The one on Sunday should be even better, and you will have the opportunity to observe. Your presence and your observations will be very important for the quality of these elections, so let me echo the thanks to you for coming out for these elections. You may have thought you were coming in October, but here you are, in the middle of summer. It’s a tribute to you and your dedication.

We see Ukrainian security as part of our security, and this election that you will observe on Sunday is an important component of that. You will see, you have already seen probably, that the Ukrainians are more optimistic than they have ever been. So NDI and IRI, two of your sister organizations who will be out monitoring — you’ll probably run into each other on Sunday as you make your rounds — they have done polls, you’ve done some of your polls, you’ve seen other polls, the level of optimism and the level of Ukrainians thinking that their country is going in the right direction has never been higher, and the number thinking their country is going in the wrong direction has never been lower. So that is a trend that I think demonstrates the commitment that Ukrainians have to moving forward on this path that they’ve chosen.

The other poll, or the other indication that you should be aware of, is the credibility that Ukrainians now have in their Central Election Commission. This was not always the case. It was not long ago where only 30% of Ukrainians trusted the election commission to put on good, democratic, free, fair elections. That has dramatically increased, that is now at 70% percent, so from 30% to 70%.

There is an organization that you all know well, IFES, that monitors the trust in central election commissions in your country, in my country, in other countries around the world, and they’ve never seen such a dramatic increase in trust in such a short period of time. So that’s just another indication of the value that Ukrainians put in free and fair elections.

So I want to thank you again for the work that you’re doing and will do. I want to encourage you to identify problems. I mean I’ve given you kind of a positive outlook, but there will probably be problems, and we should identify those problems, and that will help. It doesn’t help to ignore problems, it does help to make changes, so if there are things that need to be improved they can do that. My sense is that Ukrainians want to do that.