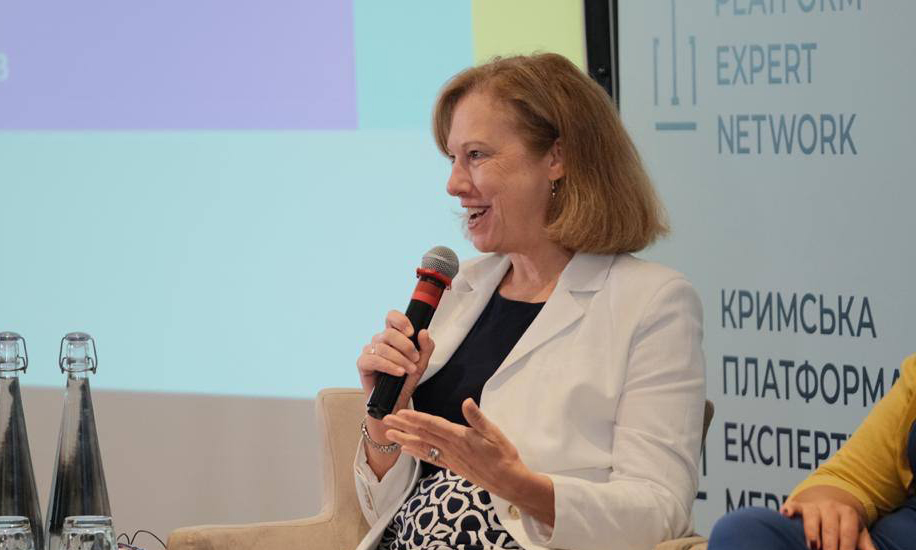 Thank you. First of all, hello – it’s wonderful to be here today and to see all of you. I’ll note that, unsurprisingly, I would say that my remarks today are consistent with my colleague’s from the UK. I think, we have a similar approach.

I will start out by saying that the United States firmly believes that Russia’s illegal occupation of Crimea is a crime, it can’t be ignored, it can’t be forgotten  No matter how many maps Russia attempts to publish showing Crimea as part of the Russian Federation, the United States has had a consistent policy through three Administrations that we will not and will never recognize Russia’s illegal occupation of Crimea.

But words and statements ultimately aren’t enough. The widespread repression and human rights abuses being perpetrated in Crimea must continue to be exposed and actively addressed.  And those who commit those crimes must be held to account.

And we will continue to advocate for the release of Crimean political prisoners. We will  continue to call for accountability for the victims of enforced disappearances, and we will spotlight abuses against the Crimean Tatar community whenever and wherever we  hear about them.  We will also continue to condemn Russia’s forced conscription of Crimean men into its Armed Forces.

And  we will continue to direct U.S. assistance to help Ukrainians who have suffered as a result of Russia’s occupation.  Over the past two years alone the U.S. Government through USAID has provided nearly $2.5 million for programs that include things like improving access to legal and social services for Internally Displaced Persons from Crimea and Ukrainians who travel between Crimea and mainland Ukraine We’ve increased the reach of Ukrainian media for audiences in Crimea, we’ve monitored human rights violations, and we’ve countered disinformation and malign narratives in Crimea. USAID has also provided technical and logistical support to the Crimea Platform Summit.  And USAID is helping the Mejlis of the Crimean Tatar People improve communications with its constituents and develop transitional justice-related policy.

Unfortunately Russia’s aggression against Ukraine extends well beyond Crimea.  As we all know, Russia-led forces in the Donbas continue to kill Ukrainians on their own territory. And Russia seeks to use its illegal occupation of Crimea to justify restricting access to the Black Sea and the Sea of Azov.

But we know that more needs to be done to hold Russia to account.  And this is why the United States is a strong supporter of the Crimea Platform.  And we will work closely with the Government of Ukraine to support it.

So, that brings us to today, where  we look forward to working with both the Ukrainian government and independent experts  to launch the expert network of the Crimea Platform, and later this month when we join top-level officials from around the world to launch the Crimea Platform.  So, with that I will say thank you very much and hand it back over to the moderator.