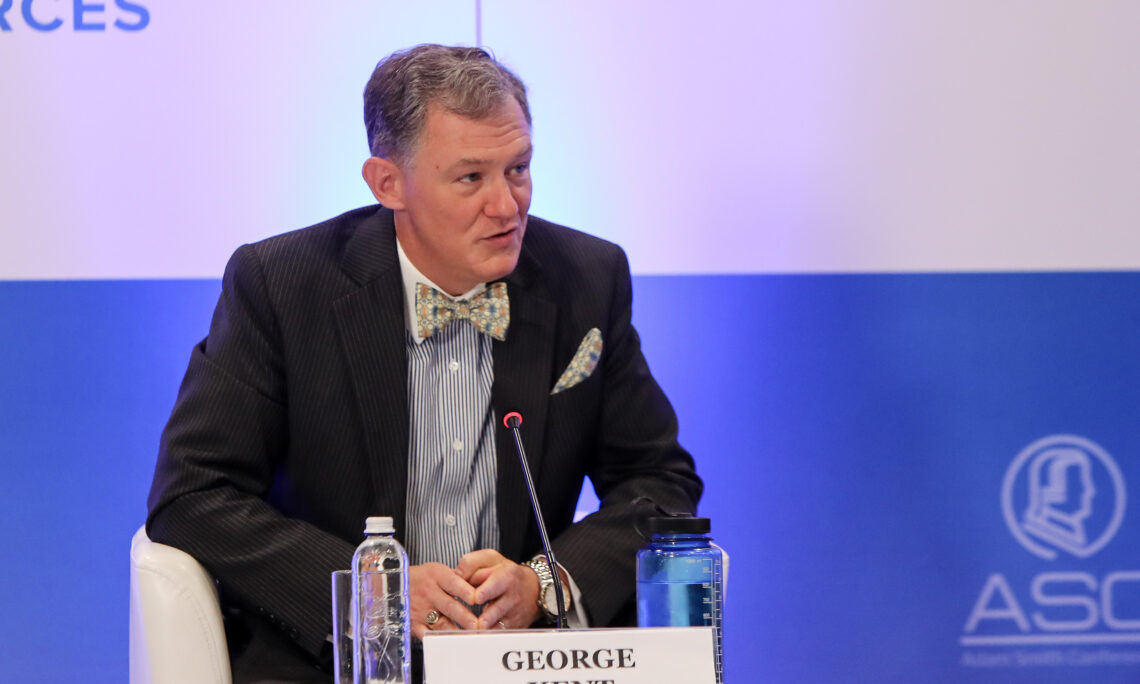 Dobroho ranku.  I am honored and pleased to be here in person rather than on a screen by Zoom from Washington. The United States wants Ukraine to succeed as a prosperous, successful country, secure in its internationally recognized borders.  We believe – and I am sure most people here believe – that both energy and the related electricity field loom large in Ukraine’s fate. Both are cornerstones of Ukraine’s security and its economic development, as Ukraine increasingly leaves a shared painful past with Russia behind and 30 years after independence builds lasting ties with Europe for a prosperous future. And we certainly heard the Prime Minister and the Energy Minister talk about that strategic re-orientation.  I will reinforce some of the themes that they raised as well as going into some additional different details.

The United States believes that an energy secure Ukraine is a Ukraine that can defend its sovereignty and territorial integrity.  Moreover, a vibrant, transparent, financially-sound, and sustainable energy sector  will deliver a better quality of life for Ukrainian citizens and lift its overall economy.  That’s why the U.S. has spent over a 110 million dollars since 2014 to strengthen Ukraine’s energy security.  And we’ve spent much more money helping Ukraine’s energy and economic sectors reform and prosper.

Others have a different vision. Russia seems intent on weaponizing energy as a coercive tool, and it has cyber-attacked Ukraine’s electricity infrastructure more than once.  Some in Ukraine continue to seek personal gain at the country’s expense.  And the institutional reform agenda that will allow Ukraine’s energy sector to succeed and the country to prosper remains incomplete.

I think everyone knows here that corruption, monopolies, and manipulations have costs – and the Prime Minister referenced that.  Corrupt schemes, including in the energy sector increase the costs of doing business for everyone.  And while manipulation, whether through artificial pricing, manual control, or underinvestment, might seem like a way to temporarily keep energy costs low or to boost balance sheets, average Ukrainians – and Ukrainian corporation customers –end up paying the costs through poor quality energy services, deteriorating infrastructure, and economic stagnation.

But there is good news – and I think that’s obviously what we are focused on here – are the opportunities.  We believe that Ukraine has the expertise and the potential to thrive among the both regional and global evolving energy dynamics.  That’s true for traditional sectors of excellence for Ukraine, which now have new perspectives in the future, such as nuclear power, and also true in completely new sectors like renewables, as we collectively face the challenge of climate change and the EU Green Deal likely reshapes both energy and trade landscape throughout the region.  In transition, there are perils and opportunities for the other core components in Ukraine’s energy mix that will be de-emphasized in Green Deal future – both coal and gas – and I know others will talk about that in particular.

Regarding nuclear.  And I will have a special place in my heart because my father – like Dale Perry – were U.S. submarine officers who went through nuclear power school as naval officers.

The U.S. government and U.S. firms have been at the forefront of providing Ukraine with options on diversification of fuel sourcing, on optimization in nuclear energy reactors, on waste storage, and on emerging technologies.  I think much have been said over the last seven years about diversifying Ukraine’s gas sources away from Russia.  That diversification away from Russian monopoly has been as important for the nuclear sector as it has been for gas.  And, in fact, there are probably fewer options. And I think, as we all know, having more than one supplier fosters competition and limits the opportunity for economic coercion. That’s a simple lesson from Economics 101.

The nuclear waste storage facility that has been announced, blessed, and is almost operational in the Chornobyl Exclusion Zone, built by the U.S. company Holtec, will hopefully be operational by Ukraine’s 30th anniversary of independence in August.  It will save Ukraine 200 million annually in the costs of paying to ship spent fuel back to Russia.  It would have been great for it to have been built ten years ago – that would have saved Ukraine two billion dollars – it’s great that it’s opening next month.

An exciting opportunity for Ukraine could be in the future the adoption of what’s known as Small Modular Reactors or SMRs.  SMRs represent clean energy in the U.S. and other countries – France’s definition of clean energy – that can be rapidly deployed leveraging Ukraine’s existing nuclear expertise and further reducing Ukraine’s legacy dependencies on Russian fuel supplies and technology.  It can also lead to job creation and have Ukraine be a regional hub of excellence.

On electricity, which we heard both the Prime Minister and the Energy Minister talk about, Ukraine has made very important first steps in the project to integrate with the European electricity grid – The European Network of Transmission System Operators in Electricity or ENTSO-E.    And it is critically important, in our view, for Ukraine to de-link from the Russian grid.  We see that Russia weaponizes energy and has attacked Ukraine’s electricity grid.  But it obviously is that transition requires that large investment the Prime Minister talked about.  Some of that investment has to go in stabilizing the grid. And that may be investing in new large-scale battery capacity to balance the load.  And ensure that once the Ukraine and Moldovan electricity grids are connected, that it doesn’t de-stabilize the European grid.  And the U.S. has been a firm advocate when we talk to our European partners – and European partners have been very clear about the integrity of their system – and that will require significant investment here.  But we – as the Prime Minister asked for international partners to be part of this process – we are part of the process: both through our diplomacy with European partners and with programs we’re proud to support these efforts and will continue to work with both Ukrainian and European regulatory and technical experts to ensure the critical success.  And I think, again, a generation after Ukraine achieved political independence it’s high time that it embraces European future not only in energy but with electricity.

On climate change, I think we all here accept that climate change is real – and that it will fundamentally re-shape the energy sector in the years to come.  Governments and investors in Europe, in North America, and Asia, are increasingly focusing efforts on developing clean technologies.  I first heard what the Prime Minister said earlier today in Vilnius last week, at the Ukraine Reform Conference – Ukraine has an ambitious but I think achievable goal to reduce greenhouse gases to 65 percent from 1990 levels.  Formalizing this commitment will send a clear signal to the international community, as well as to markets, that Ukraine wants to be a key part of this evolution.  I think as most people here realize the government of Ukraine will need to resolve outstanding debts to renewable investors, and fix the underlying factors that have led to a fiscally unsustainable situation in terms of green  tariff.  The United States and the international community are committed to helping improve Ukraine’s regulatory environment and its energy mix as it re-shapes its energy sector for the benefit of the Ukrainian people and the country’s future.

We believe that Ukraine has the potential to benefit from Europe’s pivot to clean technologies including green hydrogen.  And we understand that the promise of that is still probably 5 to 10 years away, but now would be the time to find partners who can help you retool infrastructure, and those who would build on your existing expertise that you have developed over recent decades.  As one of international partners – and you will hear from the European Union next – we want Ukraine to succeed. And I think for that potential to be realized, the investment climate, including an improved justice sector that ensures a level playing field, will be critical.  The bills passed yesterday by the Rada are critical first step. Implementing true justice reform will take years, but it is absolutely critical for Ukraine’s success, for Ukraine’s citizens to have a sense of justice, and for companies – whether they are international or Ukrainian – to be treated fairly.

Another key factor in the investment climate would be corporate governance of state-owned enterprises .  Even with the best of intentions, moves that weakens corporate governance emboldens oligarchs and damages Ukraine’s reputation abroad.  The rules-based system is not about personalities, it’s about procedural and institutional integrity.  Ukraine’s energy sector, once again, is critically important in this regard.

In conclusion, if Ukraine embraces its European destiny – not just in word but in deed – as well as fights against climate change, avoids political interference in the energy sector, continues to make real market-based reforms that send a clear signal to outside partners as well as to oligarchs that enough is enough, Ukraine will be well positioned to achieve its energy goals and enhance its energy security. All of us here today can help achieve that.

That’s why the United States  through USAID, has a five-year, 85 million dollar energy security project to support EU market integration and regulatory reform.   I now look forward to hearing what the rest of the panel has to say and what they are doing to ensure a successful Ukraine.