Home Початок | News & Events | Ambassador Yovanovitch’s Remarks at the Presentation of the Ukrainian Version of Black Earth by T. Snyder 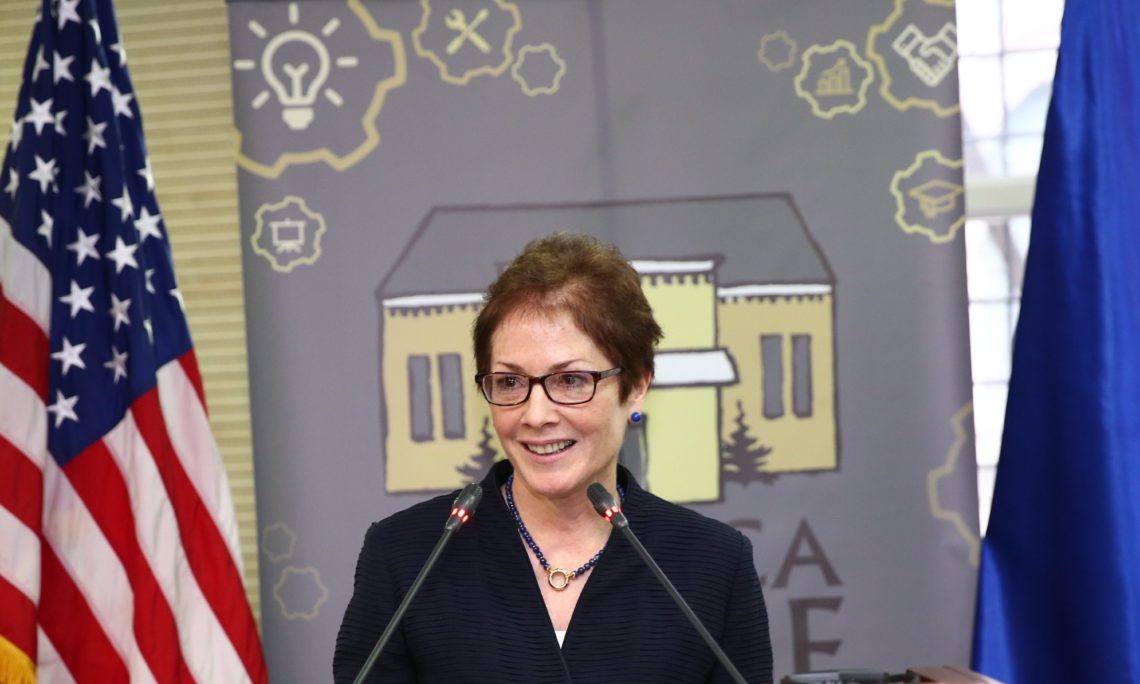 Tonight we are here to present the Ukrainian translation of an important work of scholarship by a leading American historian.

The U.S. Embassy worked with Meduza Publishers to translate into Ukrainian Dr. Timothy Snyder’s book Black Earth: The Holocaust as History and Warning.

In Black Earth, Dr. Snyder presents a new perspective on one of the darkest moments of modern times.

I hope you will forgive me if I oversimplify, but one of the main ideas of Dr. Snyder’s work is that the divisions and disagreements we are currently facing have a lot in common with those challenges of the early 20th century.

Dr. Snyder’s was writing in 2015, he was back and forth from Ukraine quite a bit, and he called on readers to recognize the similarities that I was just talking about – about nationalism, inequality, distrust – and to think hard about that.

And to ask ourselves some of the hard questions:

“Are we hearing the whole story, or just what we want to hear?”

“What is the potential for human destructiveness?”

“What are we really capable of?”

“And for those who just stood by and didn’t actually take action but watched a tragedy unfold are they also culpable?”

We ask ourselves these questions to avoid repeating history’s mistakes.

History is messy and complex, and it hurts our heads to think about some of these things, certainly to think about the Holocaust. But it’s important to remember and to understand lest we repeat the mistakes that we made before.

Many of you here partner with us in this important work, and we welcome you here tonight.

We together with you, support the efforts to establish a Holocaust memorial museum at Babyn Yar in Kyiv.

Marek Siwiec and his team at the Babyn Yar Holocaust Memorial Commission are working hard to make sure that the memorial pays tribute to the many people who lost their lives.

And are working to insure that those who visit can learn, remember, and try to understand.

We are so pleased that specialists from the U.S. Holocaust Memorial Museum are lending their expertise to the effort and are working with researchers here to learn more from Ukraine’s archives.

And writers like Timothy Snyder, are also lending their expertise, their works, their books, their research, are adding to the growing body of Holocaust research into what happened and why.

The lands and peoples that comprise Ukraine suffered unspeakable tragedies in the first half of the 20th century. The Holodomor, the Holocaust, the deportation of the entire Crimean Tatar nation.

And if we have that empathy for other groups it is less likely that these sorts of things happen again in the future.

Last September, people from all over the world gathered at Babyn Yar to mark the 75th anniversary of that terrible massacre.

So many years ago, and yet we still struggle to understand Babyn Yar and the Holocaust. How do we speak about the unspeakable? How do we imagine the unimaginable?

One clear way forward is to keep asking those questions, even if they appear to be unanswerable.

Or if you don’t like the answer that you come up with.

Black Earth does that and that is why it is such an important work. So, I invite you to get acquainted with the Ukrainian translation.

And I encourage you to keep on asking questions and seeking the truth.