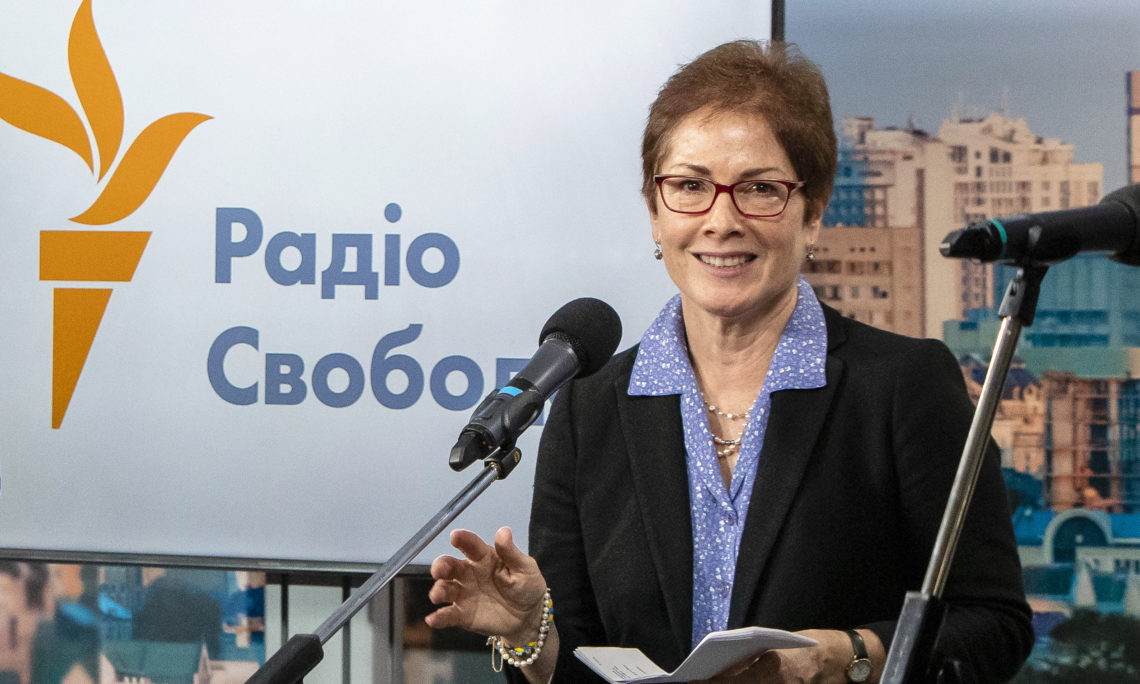 Thank you! Hello, everybody! It’s an honor to be here tonight for this house-warming in these brand new studios and the new head-quarters of RFE/RL – Radio Svoboda.

Since it was established during the Cold War, Radio Free Europe has played a crucial role in providing uncensored, reliable information.

It has given independent voices a public platform, and has promoted systemic reforms and democracy.

We’ve heard about Stanislav Aseyev, who at great personal risk and sacrifice, worked in the Donbas to inform Ukrainians and the world about what is happening.

And I just want to say again, democracies can only thrive with a vibrant and independent media.

Independent journalists inform the public, expose wrongdoing, and provide a public forum for discussion and debate that moves a country forward.

And I think now more than ever, professional and balanced reporting is more important than ever, everywhere in the world, but also here in Ukraine as Ukraine is going to a year of elections.

One of our founding fathers in the United States, President Thomas Jefferson, spoke very eloquently about the need for outside checks to hold government accountable to the people.

He wrote, “The basis of our government being the opinion of the people, the very first object should be to keep that right; and were it left to me to decide whether we should have a government without newspapers, or newspapers without a government, I should not hesitate a moment to prefer the latter.”

I think that was before radio and TV and the Internet. [laughter] I’m sure he would’ve preferred that, too!

So, being an independent journalist has never been easy.  But I think it’s especially tough these days, as disinformation spreads so quickly – sometimes more quickly than the truth.

And Ukrainian journalists, including some of your colleagues, have faced threats, physical violence, intimidation.  And a lot of pressure, as you noted, like Natalie Sedletska.  This is simply unacceptable in a modern democracy.

So, I wanted to say to all of you who are here practicing journalism day in, day out and often showing great courage, that we are inspired by your dedication and tireless devotion to the truth, despite all the challenges.

And so, on behalf of the American people, the U.S. Government, I really want to wish all of you the very best in carrying out the important mission of bringing information to the Ukrainian people and playing your role in Ukrainian democracy.