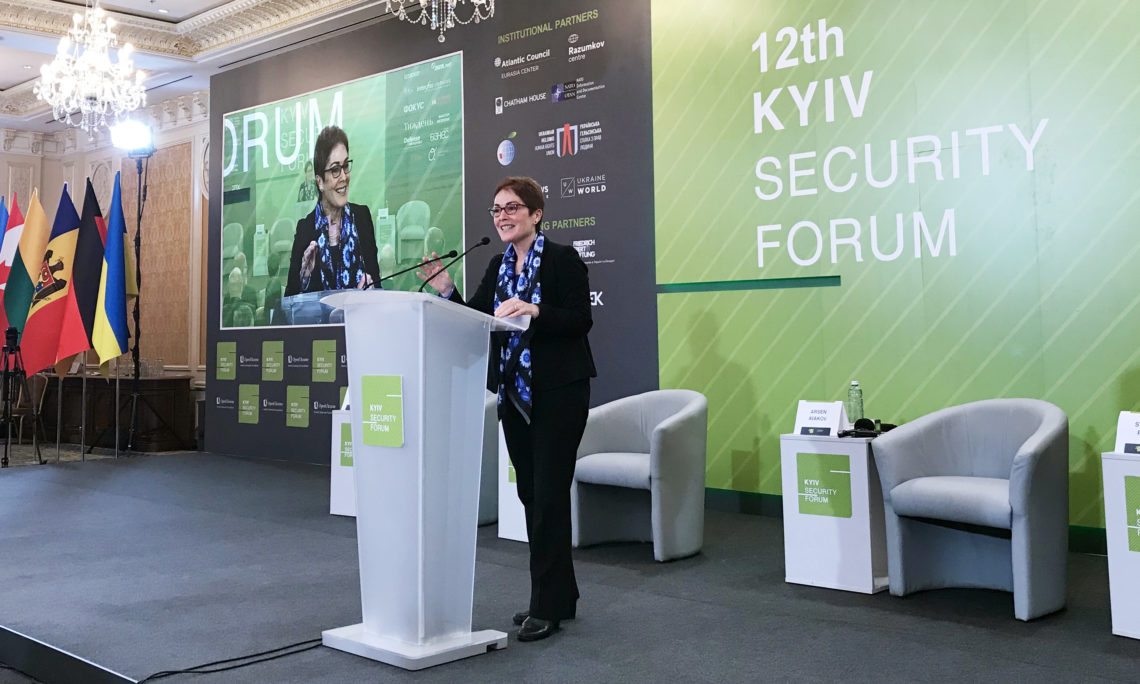 It is such a pleasure to be here today at the Kyiv Security Forum.  And it’s not actually a speech, it’s just a quick introduction to [Ambassador Kurt Volker’s] video presentation.

We don’t support any candidate — I think you all know that — we do support principles, however.  Rule of law, democracy, prosperity, and security.

Those goals are pretty straightforward:

And I think all of you know that we have worked with Ukrainian partners, with international partners on all of these goals and will continue to do so.

And I think there is no one who has worked harder, certainly on the third goal – the successful end to the war, than Ambassador Volker.  So we’re sorry that he’s not here in person, I know he wanted to be here in person, but we are really glad that he could participate virtually and I’m sure you are as well.

So with that, Taras, I think it’s over to you.