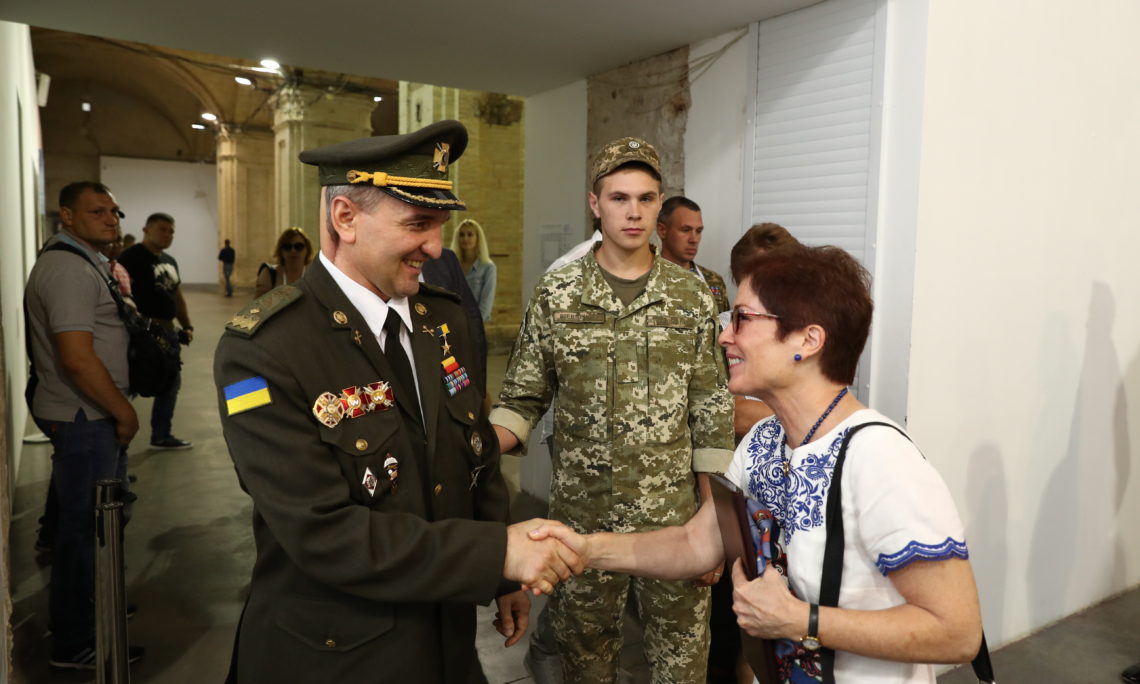 It is an honor for me to speak here today, on behalf of the United States Government and the American people.

I would especially like to thank Oksana Havrylyuk and Yaroslav Pavlovsky from the Information Coordination Center Foundation for organizing this important forum.

And, Mr. President, it is an honor to share the podium with you for such an important cause.

In the United States, we have a saying: “Freedom is not free” – «Свобода не безкоштовна».

Perhaps no one understands this more than the men and women who have made such great sacrifices to defend their country.

Today, as we gather in advance of Ukrainian Independence Day, we honor the people who made that freedom possible – Ukraine’s veterans.  Would you please join me in giving them a hand.

As the President said, the experience of combat changes people.  When soldiers return from war, they may never see the world as they did before.

Sometimes, that means continued struggle, grief, anger.  That is true in the United States, and it is also true here.

And we need to acknowledge that, and do something about it; that is why all of us are here today.

And just as important, there is such tremendous potential for new hope, personal growth, and continued contributions after serving in the military.

Both in the United States and in Ukraine, despite injuries and other difficulties, veterans compete in the Invictus Games, open businesses, become activists, and help their fellow veterans adjust to normal life.

These men and women become an inspiration for their fellow service members, as well as civilians.

I have also had the honor to meet many Ukrainian veterans.  [One] who is now back in Western Ukraine working in marketing, the Hasidic Jew who fought for Ukraine, and is now continuing to fight for Ukraine and veterans from his political office, and of course General Hordiychuk, the legendary general who is still serving, and has so much to contribute to Ukraine and the Ukrainian military.

These individuals stepped up when Ukraine called.  And frankly, Ukraine is still calling.  Ukraine needs its veterans’ initiative, courage, determination, experience on the domestic front, as Ukraine continues to take steps to realize the full aspirations of the Maidan.

To tap into that potential, it is important to continue to adopt legislation and create the institutions that enable veterans to succeed, to live their lives to the fullest, and to contribute to the development of society.

Each country has the responsibility to care for its military veterans. As our great American President Abraham Lincoln, who was a wartime president, said, “It is important to care for him who shall have borne the battle, and for his widow and his orphan.”

That is the motto of the U.S. Department of Veterans’ Affairs, and has been the cornerstone of U.S. efforts to support veterans.

The decision to create the Ministry of Veterans’ Affairs was an important step, and it is now increasingly urgent for Ukrainian policymakers to come together on the implementation of this initiative.

And the involvement of civil society activists in the planning of the new ministry is a prominent, and I think very positive example, of government and civil society cooperation.

No support system is complete without a vibrant civil society, and Ukraine’s civil society has stood by Ukraine’s soldiers from day one of Russian aggression, and continues to do so today.

We are also proud to have supported the “Legal Hundred”, which assists veterans and their families in the rapidly changing legal landscape.  We are proud to be partners with the Ukrainian government, and Rada, and all who are working on these efforts, and look forward to continuing to do so.

We believe that the enthusiasm and determination of Ukrainian civil society, its soldiers, veterans and government makes me, makes all of us, confident that Ukraine will soon realize the Ministry of Veterans’ Affairs to help veterans continue to contribute to Ukrainian peace and prosperity.