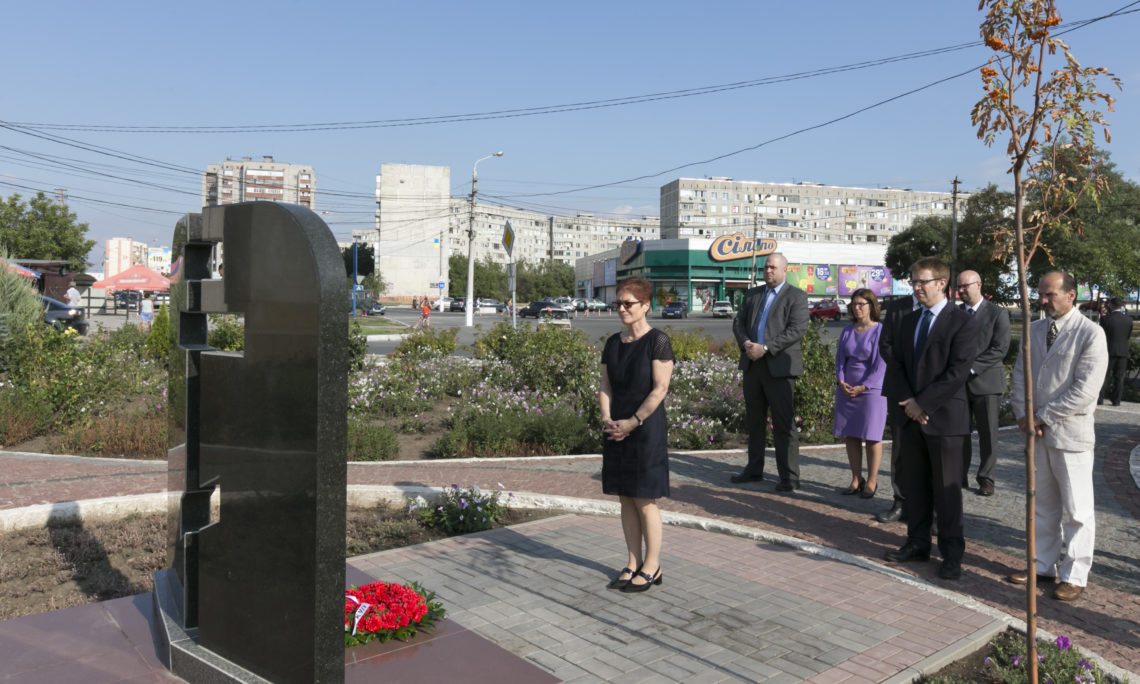 August 31, 2016. Ambassador Marie Yovanovitch visited Mariupol on August 31, her first trip outside Kyiv since she arrived in country on August 22.‎ While in Mariupol, she joined President Poroshenko at the official opening of the USAID-Supported Administrative Services Center, toured the city with the Mariupol Patrol Police, and met with civic activists at the Tu‎! Cultural Platform. She also met with Governor Zhebrivskiy and Mayor Boychenko, and ‎laid flowers at the monument to the victims of the January 2015 rocket attack on Mariupol.

‎The Ambassador reaffirmed the continued support of the American people for citizens in Mariupol:

“I admire the resiliency and resolve of the people of Mariupol, and am proud of the contributions the United States have made to reform efforts in this great city.”