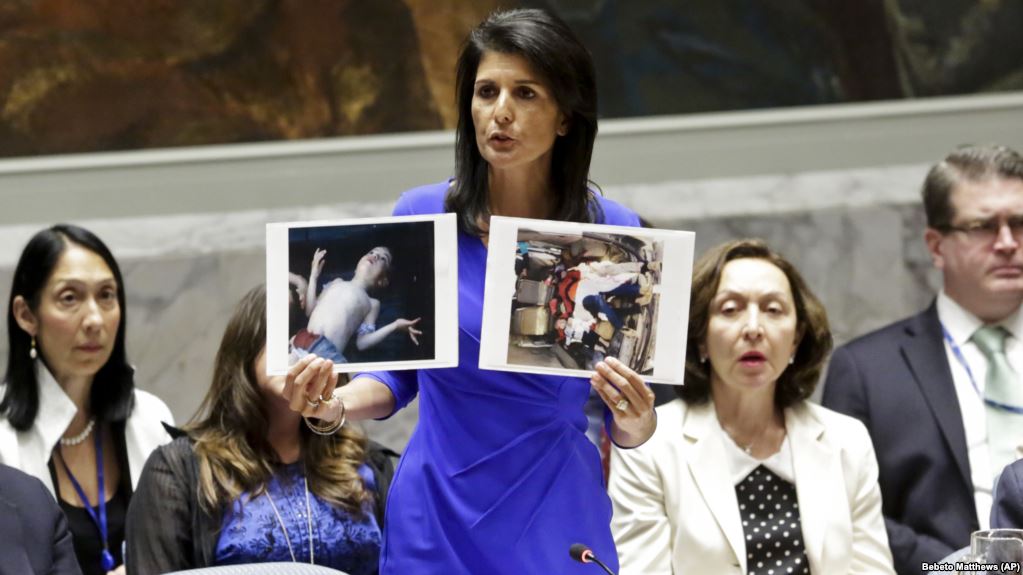 “There is an obvious truth here that must be spoken. The truth is that Assad, Russia, and Iran have no interest in peace. The illegitimate Syrian government, led by a man with no conscience, has committed untold atrocities against his people for more than six years. Assad has made it clear that he doesn’t want to take part in a meaningful political process. Iran has reinforced Assad’s military, and Russia has shielded Assad from UN sanctions. If Russia has the influence in Syria that it claims to have, we need to see them use it. We need to see them put an end to these horrific acts. How many more children have to die before Russia cares?”

“When the United Nations consistently fails in its duty to act collectively, there are times in the life of states that we are compelled to take our own action. For the sake of the victims, I hope the rest of the Council is finally willing to do the same.”