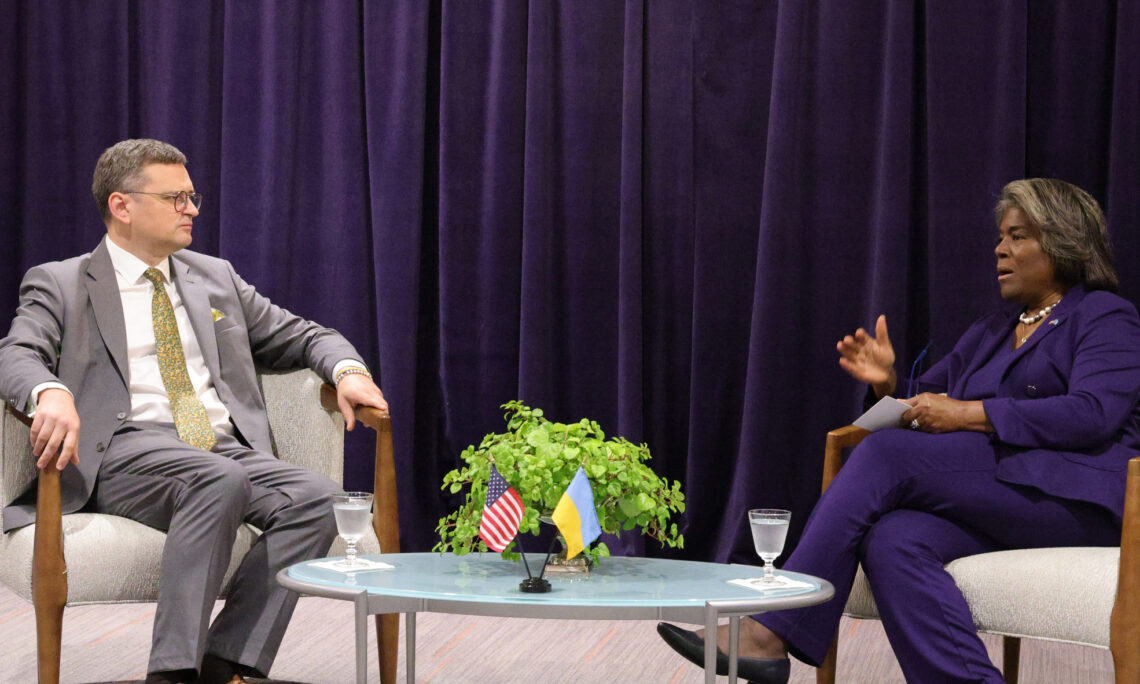 The below is attributable to U.S. Mission to the United Nations Spokesperson Nate Evans:

Ambassador Thomas-Greenfield and Foreign Minister Kuleba condemned the announcement of Russia-backed referenda within Ukraine’s internationally recognized borders. These sham referenda are an affront to the principles of sovereignty and territorial integrity that are at heart of the UN Charter. Ambassador Thomas-Greenfield reiterated that the United States will not recognize any attempt by Russia to claim annexation of Ukraine’s sovereign territory.

Ambassador Thomas-Greenfield and Foreign Minister Kuleba reiterated the imperative for all Member States to defend the UN Charter and to work together to address the crises Russia’s war against Ukraine has exacerbated, including global food insecurity. The two leaders assessed the progress made under the Black Sea Grain Initiative in getting Ukrainian agricultural products to market.