Home Початок | News & Events | A Shared Vision for the Future 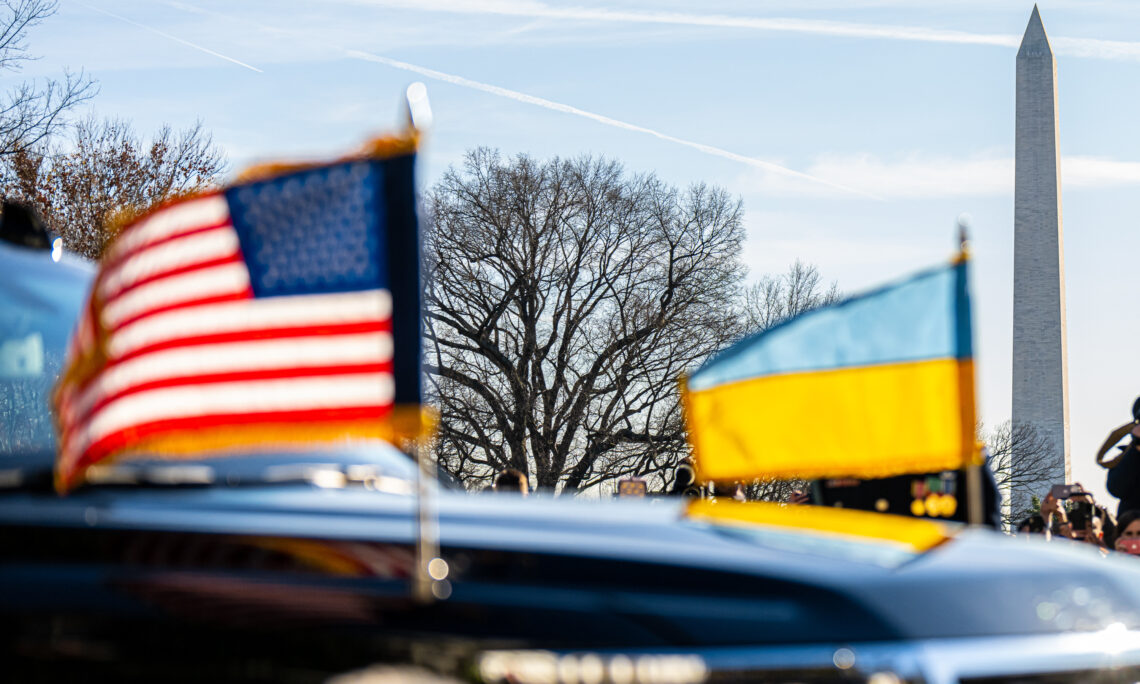 For nine months, the world has witnessed the profound bravery of the Ukrainian people. We have shared in your joy of liberation and drawn inspiration from your determination in the face of relentless bombardment.

The world has also seen Russia fail to conquer Kyiv, fail to defeat Ukraine’s front-line defenders, and try and fail to brutalize Ukrainian civilians into submission.

In recent weeks, Russia has escalated its war by targeting civilian infrastructure, with punishing attacks against the Ukrainian people for daring to be free. This cruel strategy seeks to use winter as a weapon to create a new humanitarian crisis in the mistaken belief that it could break the will of the Ukrainian people.

This latest cruel strategy will fail. Ukraine and its people are unbreakable, and so is our commitment to supporting Ukraine.

I have met people of all ages and backgrounds across Ukraine – living in collective centers and training on military bases, loading ships in Odesa, and caring for those displaced by Russia’s aggression. Every one gave me a clear message: Ukraine will fight and Ukraine will win.

When I arrived in Ukraine in May, I made our purpose clear: to carry out President’s Biden commitment to help Ukraine defend itself and withstand Russia’s aggression through security, humanitarian, and economic assistance. That’s exactly what we have done. As we work to bolster Ukraine’s air defense and its critical infrastructure, that is exactly what we will continue to do – for as long as it takes.

I want to be equally clear about the U.S. position on how this war will end. As President Biden has said, decisions about negotiations and Ukraine’s future are decisions for Ukraine and your democratically elected government.

We fully support you, and the U.S. position has been consistent since before Russia renewed its assault on Ukraine and on the very foundations of the UN Charter: Nothing about Ukraine without Ukraine.

As the world works to help the most vulnerable people, Russia targets them. As leaders worldwide reaffirm their commitment to the UN Charter and international rules that benefit all people, Putin tries to shred those same principles. Putin continues to ignore global calls to withdraw, choosing instead to escalate.

This war could and should end today if Putin removed all Russian forces from Ukraine.

President Zelenskyy has clearly articulated that he seeks a just peace based on the UN Charter and its principles of sovereignty and territorial integrity. The United States, and our allies and partners, are similarly unequivocal in our position: Russia must immediately end its aggression, withdraw its forces and recognize and respect Ukraine’s internationally recognized borders, and be held to account for the atrocities committed in Ukraine.

Until then, any who might doubt the resolve of Ukraine’s citizens can look at the residents of Balakliya, of Izyum, of Kherson, who celebrated their liberation after months of Russia’s control by embracing those who freed them from the threat of torture, rape, and death.

To courageous Ukrainians everywhere: your determination strengthens our resolve, and on a solid foundation of bipartisan support and the generosity of the American people, the United States will continue to stand with you.

We share with you a vision of free Ukraine where you choose how to apply your energy, creativity, and determination. And we will continue to stand with you as you build the sovereign, democratic, and prosperous Ukraine for which so many of you, and your family, friends, and neighbors, have sacrificed so much.