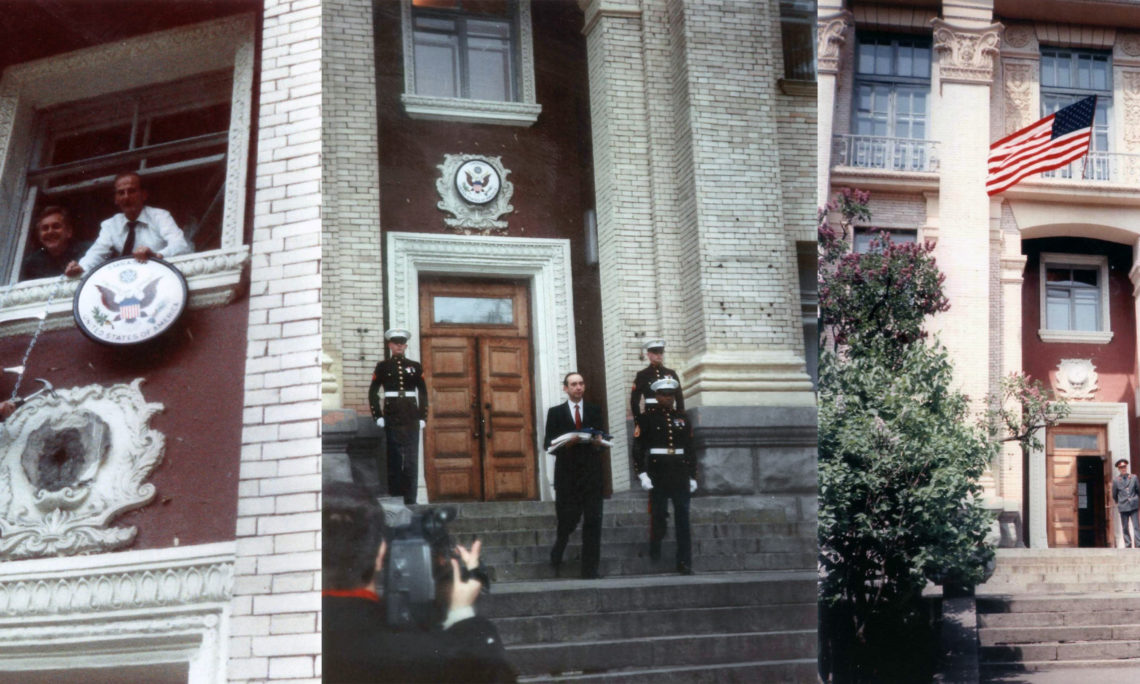 On this day, January 23, in 1992, the first U.S. Embassy chancery opened in Kyiv, in a former district Communist Party office, with Jon Gundersen as Chargé d’Affaires ad interim. The first U.S. Ambassador to Ukraine, Roman Popadiuk, raised the official flag over the U.S. Embassy in Kyiv for the first time in summer of 1992.

25 years ago, the United States established diplomatic relations with Ukraine. The U.S. officially recognized Ukraine’s independence on December 25, 1991. Join us in reliving the first 25 years of U.S.-Ukraine diplomatic relations: post a photo/video with #USUkraine25 and let everyone know of the great things we’ve achieved together!